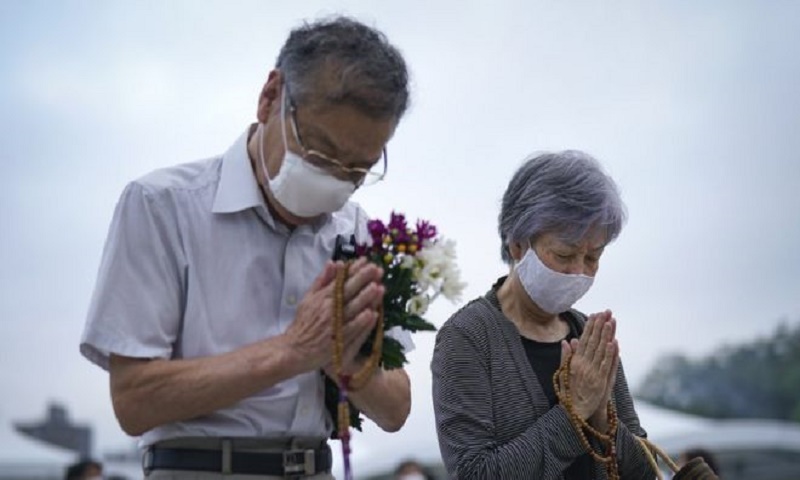 Bells have tolled in Hiroshima, Japan, to mark the 75th anniversary of the dropping of the world's first atomic bomb.

But memorial events were scaled back this year because of the pandemic.

Early on Thursday, Japan's Prime Minister Shinzo Abe and the mayor of Hiroshima joined bomb survivors and descendants in the city's Peace Park.

The park is usually packed with thousands of people for the anniversary, But attendance was significantly reduced this year, with chairs spaced apart and most attendees wearing masks.

A moment's silence was held at 08:15, the exact time that the bomb was dropped over the city.

"On August 6, 1945, a single atomic bomb destroyed our city. Rumour at the time had it that 'nothing will grow here for 75 years,'" Mayor Kazumi Matsui said.

"And yet, Hiroshima recovered, becoming a symbol of peace."