Paris to make people wear masks in some outdoor areas 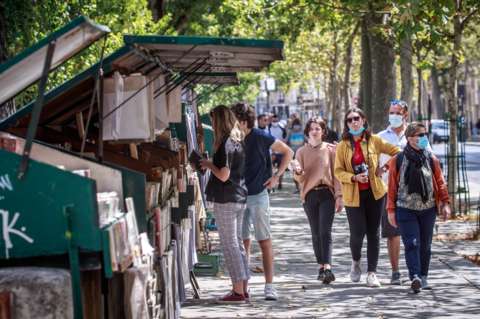 Paris authorities are soon expected to make the wearing of masks compulsory in certain busy streets and other outdoor places in the city.

"We are going to ask that it become compulsory in crowded outdoor places and where respecting a metre's distance between people is difficult," said Anne Souyris, the deputy mayor in charge of health.

Paris would be following the lead of several other cities and towns in France, including Nice and Lille, that already mandate mask-wearing in certain outdoor areas.

It comes after government scientific advisers warned the country could lose control of the virus "at any time".

Wearing masks is already required inside most private businesses, such as shops, and all public buildings in France.