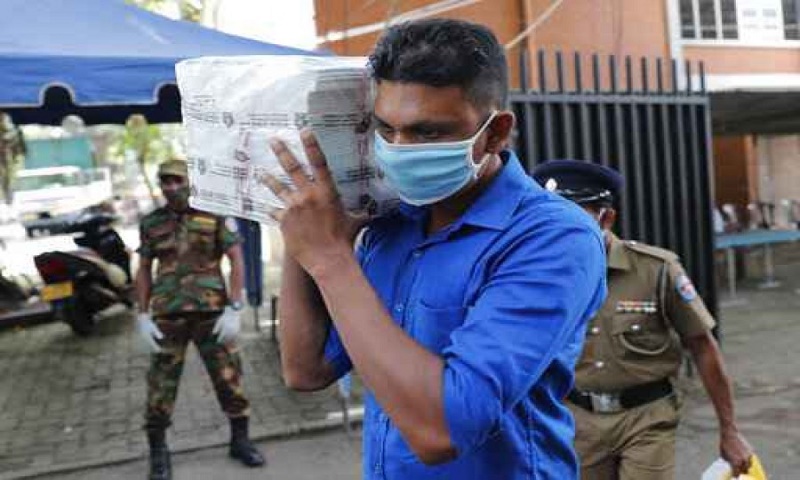 Voting to elect a new Parliament was underway in Sri Lanka on Wednesday.

It is expected to give strong support to the powerful and popular Rajapaksa brothers, reports AP.

At least four members of the family are contesting for seats and strong support for the Rajapaksas' party could add to their political dynasty.

More than 16 million people are eligible to vote to elect 196 lawmakers, with the rest being named from a national list according to the number of votes received by each party or independent group.

President Gotabaya Rajapaksa was elected last November projecting himself as the only leader who could secure the country after the Islamic State-inspired bombings of churches and hotels that killed 269 people.

His older brother, the charismatic former President Mahinda Rajapaksa, is seeking a majority of the 225 seats in Parliament to return as prime minister.

The election was originally scheduled for April but twice postponed due to the COVID-19 pandemic. Sri Lanka has largely contained the spread of the virus with 2,834 confirmed cases including 11 deaths.

Health measures have been put in place at polling booths with social distancing. Voters have been asked to bring their own pens to mark their ballots or a disinfected pen is provided at voting stations.

Voting ends in the evening while counting starts on Thursday and the final results are expected to come out on Friday.