Suleiman al-Rajhi: A multi-billionaire with no money 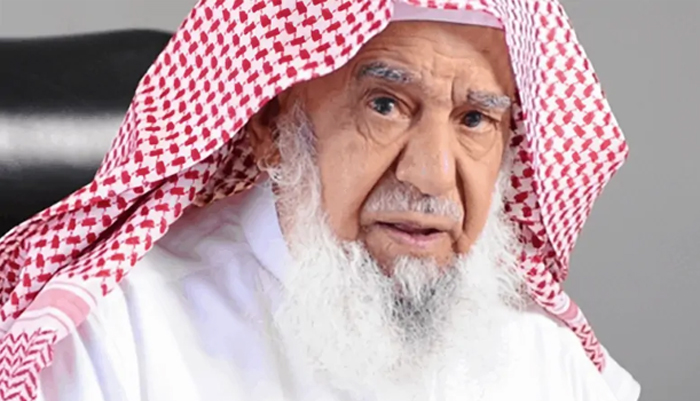 A palm grove in the Saudi Arabia in the city of Al-Qassim has more than 200,000 palm trees and is dedicated in the path of Allah. There are 45 varieties of dates in this garden, the  annual production is 10,000 tons of dates. This garden is the largest waqf found on earth. The income from this garden is used for building mosques in different countries of the world, for charitable work and arranging Iftar in the two holy mosques (Makkah and Madinah).
This garden has been dedicated in the way of Allah by the richest man of Saudi Arabia “Sulaiman Al Rajhi”.

Rags to riches
Suleiman al-Rajhi opened his eyes in poverty. He was studying in school. One day the school administration organized an entertainment tour and asked each student to give one riyal. He went home but his parents did not have even one riyal. He cried a lot as the date for the tour was approaching. Then comes the result of his quarterly exams, he grabbed first position in his class and a Palestinian teacher gave him 1 riyal as a reward.

He ran to the head of the entertainment program and gave his 1 riyal.
As time goes on, he completed his education and started working.  Naming a room in Jeddah as a bank, he started his life as a young entrepreneur with dedication and hard work. Allah blessed his work.

In a short period of time, a network of banks called ‘Al-Rajhi’ spread throughout Saudi Arabia.

Suleiman al-Rajhi goes in search of his Palestinian teacher, meets the teacher, he is retired, the economic situation is such that it is difficult to light the stove in the house, Rajhi puts his Palestinian teacher in the car and tells him,  “I owe you.” The teacher goes on to say,  what can anybody owe the poor, Rajhi reminds his teacher that years ago you gave me a reward of 1 riyal, the teacher smiles that now you want to return that one riyal to me?

Rajhi parks in front of a bungalow in front of which there is also an expensive car. Rajhi tells his teacher that the bungalow and the car are yours from now on, we will be responsible for all your expenses. There are tears in the eyes of the Palestinian teacher and he says that this magnificent bungalow, this expensive car, this is too much. Rajhi says that my happiness was more than your happiness when you gave me a reward of 1 riyal that day.

Donates all his wealth
Suleiman al-Rajhi called his children, wives and loved ones in 2010 and distributed his wealth among them and dedicated everything that came his way.

At present, the value of Sulaiman Al-Rajhi’s waqf is more than 60 billion riyals.
He owns a Saudi company and Al-Rajhi Bank, which has donated 170 million riyals for the corona virus, and handed over two hotels inside Makkah to the Ministry of Health.

In addition to founding the world’s largest Islamic bank, he established the largest poultry farm across the entire Middle East, Al-Watania Poultry.

You will probably not find a city in Saudi Arabia where mosques have not been built by the Al-Rajhi family, with full support of da’wah centers, Quranic charitable societies, etc.

And most importantly, they pay their 1.5 million employees before the end of the month.

In an interview he said: “It is important that one leaves enough for his heirs, and great to see them enjoy their shares in peace with each other! However, as important, one should return a part of his fortune to the nation and society. We owe our success to the country that nurtures us, and to the people who trusted us and bought our products.

Besides, you owe yourself as much as you owe your family. Once you leave this life, the only investment that matters is what you saved for your other life.”

“So you gave half your wealth to your family and half to your endowment. What have you kept for your expenses? A house? A farm? A salary?”

“Simply, nothing!” he answered with a beautiful, and calming smile on his face.
“I am in my eighties! What would I possibly need? The endowment pays my bills, provides me with accommodation, food, medical and transportation, which I try to keep at a minimum. I am well covered!”

A multi-billionaire with no money! “How does it feel?”

He smiled again, his eyes misted, and said, “I feel light! I feel free! I feel like a bird … and when Allah calls on me, I can answer His call with no strings attached! What a relief!!