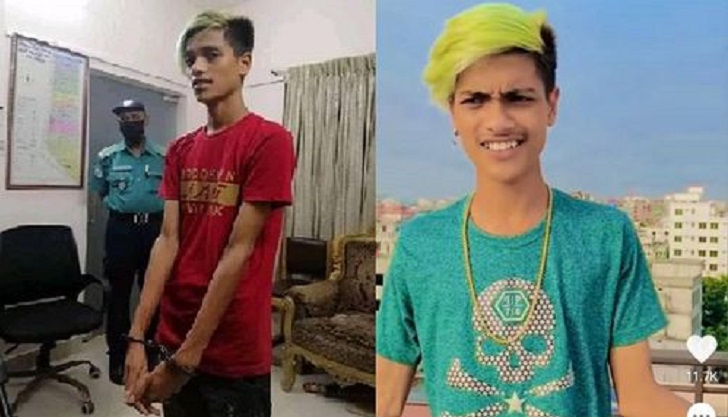 The so called TikTok star called Apu Vai sent to jail on Tuesday in a case over beating an engineer at Uttara in the capital.

The full name of Apu is Yasin Arafat Apu, 20, son of Shahidul Islam, hailed from Sonaimuri of Noakhali. He gained huge popularity in social media platform TikTok after uploading Likee videos. He usually uploads videos with his coloured and idiosyncratic hair style. He has more than 10 lakh followers in this platform.

Apu along with his 50-60 followers was making a video at Sector-6 of Uttara on Sunday evening blocking a road. One called Mehedi Hasan was going by a car through the road. When he asked them to make a way for his car, the youngsters reportedly swooped on him.