President Xi’s long game: World is dealing with a leader who believes he will shape a Chinese Century 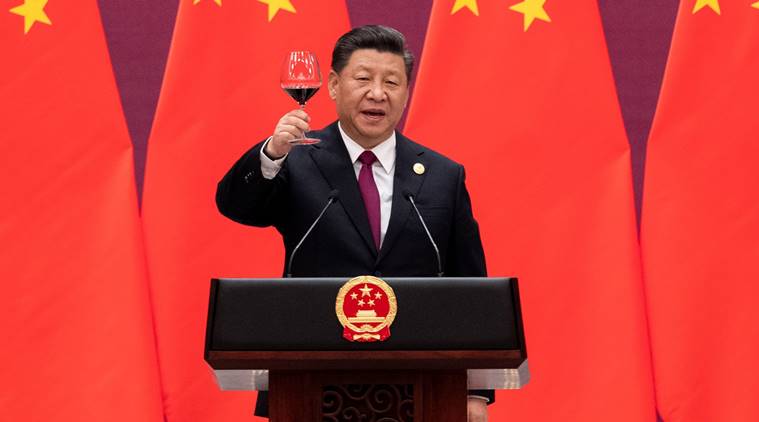 Over the last six months, in the shadow of COVID-19, President Xi Jinping has become China’s Supreme Leader.

It took many years for Mao Zedong to dominate a party that he had literally built and led to victory. Even then, at the height of his power, he was still compelled to share authority at times with others like Liu Shaoqi and Zhou Enlai, and PLA Marshals Zhu De and Ye Jianying.

President Xi Jinping, by contrast, appears to have managed this in a mere six years after 2013, and within just the past six months, he seems to have risen to the position of Supreme Leader of China. His red pedigree, as well as his family’s experiences of power and deprivation, may have given him his sense of entitlement and desire for power, but it is not the whole explanation.

It is worth recalling that he was chosen as general secretary in November 2012, because the party feared that Bo Xilai, another Red Child of the Revolution, displayed dangerous traits of megalomania and Maoism. Xi had given no hint of such traits. Bo Xilai was handsome, flamboyant and media-friendly; Xi was modest in both dress and demeanour and, in a word, underwhelming. Such comparison is important to comprehend how he rose without being viewed as a “threat”. Those who encountered him before 2012 tended to judge him only by his appearance or outward demeanour. Perhaps for this reason, people misjudge him still.

A rare interview that he gave in August 2000 to a Chinese journal revealed three qualities: Persistence, patience and a strong belief in himself. He admitted that politics was a risky business and he was playing the long game. In his words, “once you have gone into politics, it is like crossing a river. No matter how many obstacles you meet, there is only one way, and that is forward.” He was not to be deterred by obstacles: “If you have a position on something, the thing is to stick with it and continue one’s work. Then, in the final analysis, it will give results.” What came across through the interview was his steely resolve.

In the last seven years, President Xi has systematically neutralised his political opponents through arrests and trials; that includes Sun Zhengcai, who was the heir presumptive. The anti-corruption campaign has created a wave of “terror”. President Xi has kept his promise to take down “tigers and flies”, by removing hundreds of officials who belonged to the factions of his two predecessors. In March 2018, the two-term limit for the Chinese President was removed from the Constitution to allow President Xi to continue beyond March 2023.

President Xi has tightened his grip over the state’s security apparatus. The People’s Armed Police (PAP) has been brought under his direct authority. The People’s Liberation Army (PLA) has similarly been purged. Some of its highest-ranking serving military leaders like Generals Zhang Yang and Fang Fenghui have fallen in 2017. President Xi has assumed the position of the Commander-in-Chief of the PLA in 2016, a title even Mao had not assumed despite his considerable experience of higher military command. Xi has ensured, at least on paper, that the PLA and PAP will not be an independent player in a palace coup, as was the case during the fall of the Gang of Four in 1976.

To secure constitutional legitimacy, in 2017 and 2018, “Xi Jinping Thought” was written into the party and state constitutions respectively. No leader after Mao had attempted this; in Deng’s case it was posthumous. The party speaks of a “New Era” that has begun with Xi. Deng’s political arrangements are considered outdated and, therefore, not suitable. Collective responsibility has ended. Even the Premier of the State Council is a pale shadow of his predecessors.

The pandemic was a “black swan”, but Xi sensed opportunity. In his own words, in the interview quoted above, “If you want to become a general you must be able to win a battle… Even if you have the ability to win battles, you don’t have battles every day, in particular not in times of peace. Only if there are battles, there are opportunities. One can say that only if a chance should arise and you make use of it right away, you will succeed.” Xi saw his chance and acted swiftly.

After declaring victory over COVID-19 in early April, Xi has deftly moved to remove the last vestiges of opposition. Earlier this month, the Secretary General of the Political and Legal Affairs Commission called for “scrape(ing) the bone to remove the poison”. The security forces are being asked to show personal loyalty to President Xi. New regulations on Building the Communist Party of China’s Military have also been formulated. The Military Reserves are now under his control. In short, all the armed instruments of the state are at his service.

According to one media report, party members are forbidden from certain actions, including inter alia, expressing opinions or making statements that deviate from Xi as the “core”, discussing political rumours and forming cliques. Earlier, in May, Xi Jinping spoke at a special Democratic Life meeting of the Politburo, virtually counselling China’s highest leadership that there will be no second chances. A revised set of Guidelines for Political Life for the New Era will replace the rules of behaviour for party cadres put into place by Deng Xiaoping in 1982. The old order no longer holds, the new era requires new rules.

It is reported that the Ministry of Education issued new guidelines for Ideological and Political Development of the Higher Education Curriculum to include Xi Jinping’s ideas on “China Dream” and “Socialism with Chinese Characteristics in the New Era”, as mandatory university courses. On July 21, the Chinese Foreign Ministry established a Xi Jinping Research Centre for Diplomatic Thought. Similar Centres exist in the Chinese Academy of Social Sciences, the Central Party School and leading universities. Studying Xi’s words and thought is now a national priority in every field.

The world is, therefore, likely dealing with a Chinese leader unlike any since Mao, driven by a sense of his own genius, and believing that he will be the shaper of the 21st century as the Chinese Century. In July 2021 the party will mark its 100th anniversary. Xi Jinping intends to be the Leader of the “Second Hundred” just as Mao Zedong is regarded as the Leader of the “First Hundred”. This means the world will be dealing with President Xi Jinping for some time. It is, therefore, important to get a proper measure of the person.