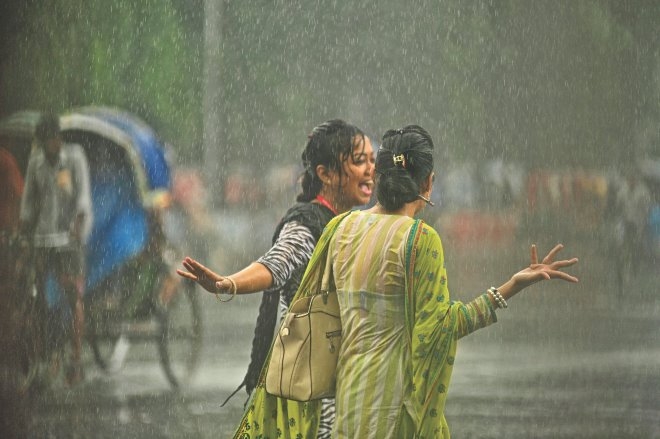 A short bout of rain on Tuesday morning brought some relief for Dhaka residents hit by a mild heat wave sweeping over parts of the country including the capital city.

The rain that started around 11am has given the city dwellers respite from sweltering heat.

On Monday evening, the Met Office forecast said light to moderate rain or thunder showers, accompanied by temporary gusty wind, to occur at many places over Khulna, Barishal and Chattogram divisions and at a few places over Rajshahi, Rangpur, Dhaka, Mymensingh and Sylhet divisions.

Some other parts of the country were predicted to have moderately heavy to heavy falls in 24 hours commencing from 6pm on Monday.

Monday’s highest temperature was recorded at 38.2 degrees Celsius. In Dhaka, the mercury rose to 36.5C, according to the Met Office.