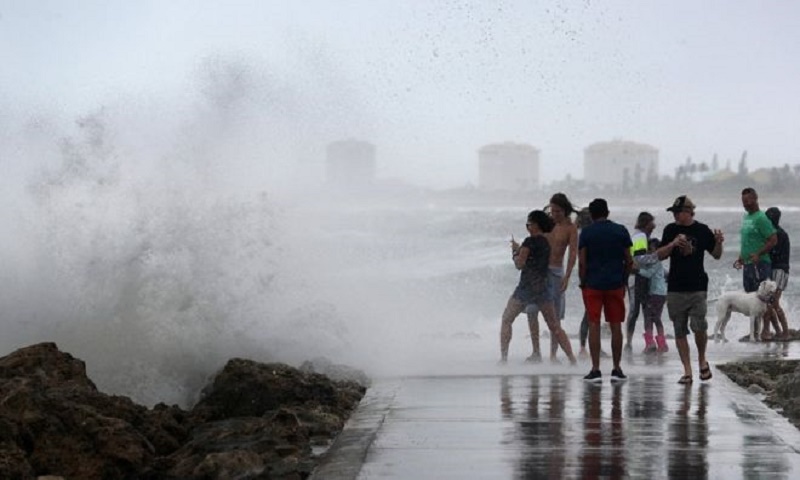 Waves and wind as the storm brushed by Florida

Coastal communities in the Carolinas are bracing for Hurricane Isaias, which is heading for the US eastern seaboard.

The National Hurricane Center predicts it will hit between north-eastern South Carolina and southern North Carolina sometime on Monday night.

Isaias was downgraded to a tropical storm after hitting islands in the Caribbean, where it caused the death of two people, BBC reported.

But it has now gathered strength with wind speeds of 75mph (120km/h).

Isaias is the ninth named storm of the year. The NHC warned Isaias would cause heavy rainfall, resulting in "widespread minor to moderate river flooding" and flash floods in the eastern Carolinas and mid-Atlantic as it moves along the US East Coast.

In north-eastern South Carolina and southern North Carolina, officials said "there is the danger of life-threatening storm surge inundation along portions of the immediate coastline and adjacent waterways".

Storm surges along the eastern seaboard could reach up to 5ft (1.5m) with over 8in (20cm) of rainfall.

Tropical storm force winds and gusts will also reach up to the Chesapeake Bay region.