Shishir gets brand new Mercedes-Benz from Shakib as gift 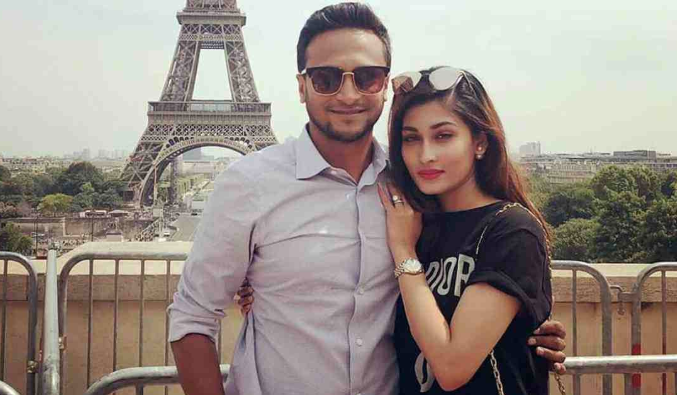 Bangladesh star all-rounder Shakib Al Hasan presented a brand new Mercedes-Benz to his wife Umme Ahmed Shishir, which she revealed in an Instagram post on August 2.

Shakib is currently passing time in the USA. The all-rounder has been serving a two-year-long ban imposed by the ICC due to failing to report corrupt approaches made to him by the bookies, with one year is suspended.
The all-rounder will be eligible to back to the competitive cricket October this year.

Due to the ban, Shakib missed Bangladesh’s last India tour for two Tests and three T20Is, which also included the first pink-ball Test in the soil of the subcontinent.

Shakib was all set to miss this year’s T20 World Cup as well. But the World Cup is postponed due to the coronavirus pandemic. However, the all-rounder will be eligible to be selected in the national team when the World Cup is rescheduled next year.