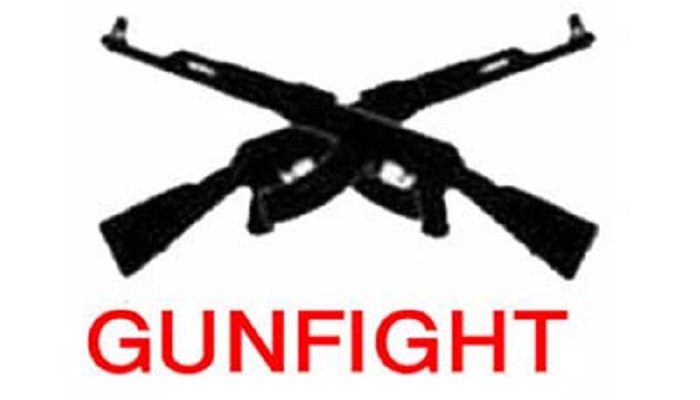 A suspected drug trader was killed in a reported gunfight between two groups of drug traders at Dormutia village in Keshabpur upazila of Jashore early Monday.

The deceased was identified as Maniruzzaman, 38, son of Jamal Uddin alias Madhu. He was wanted in 15 criminal cases, said police.

Tipped off that two groups of drug traders were exchanging bullets, a team of police conducted a drive in the area in the dead of night and recovered the bullet-hit body of Maniruzzaman.

One shutter gun, two bullets and one kg of hemp were recovered from the spot.