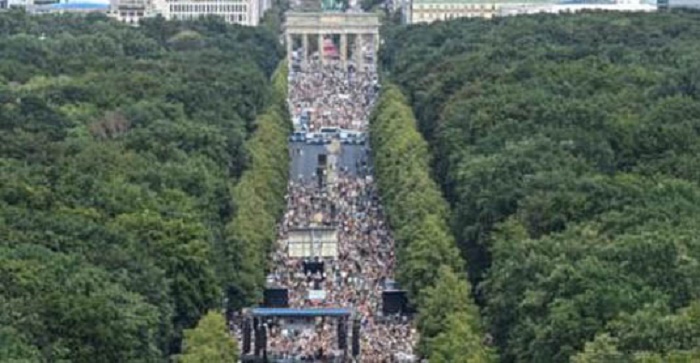 The four, members of the Extinction Rebellion environmental protest group, were understood to have evaded security by wearing orange race marshal uniforms.

They unfurled their banner at Club Corner as the cars set off on the formation lap in a race won by world champion Lewis Hamilton.

Silverstone officials and Northamptonshire Police said the four protestors were in police custody.

“During the race, Northamptonshire Police were made aware of four people who had been detained by Silverstone security inside the venue perimeter,” said a statement.

“Officers are working closely with Silverstone Circuit and conducting a full investigation.”

Formula 1 has been in a security ‘bubble’ of strict anti-coronavirus protocols since the delayed season got underway in Austria last month.