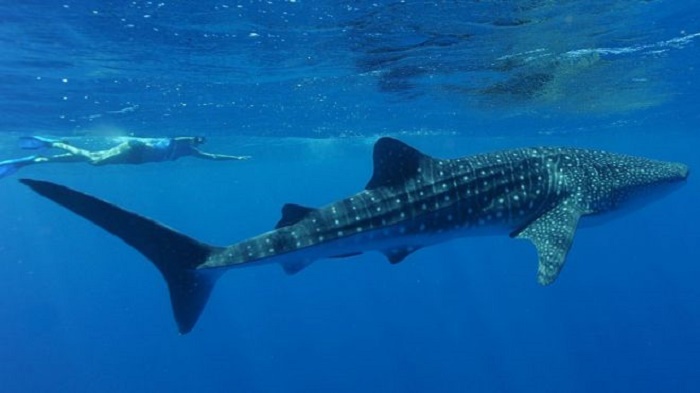 An Australian woman has suffered injuries after being struck and injured by a whale shark while snorkelling.

The woman, 29, had been swimming with a tour group at Western Australia's popular Ningaloo Reef on Saturday when she was hit by the animal's tail.

A swim with whale sharks - the largest fish species globally and typically docile - is a popular tourist activity.

Police said work safety regulators were investigating the incident, as it had involved a charter group.

She was treated in the town of Exmouth before being flown to a hospital in Perth, where she was in a "serious but stable condition" on Monday, authorities said.

Other guests on the snorkelling tour witnessed the incident but were uninjured, according to Western Australia Police.

The tour group had only been a few hundred metres from the shore when the incident happened.

Ningaloo Reef on Western Australia's Coral Coast is known for its diversity of marine life and is one of the state's best-known tourist spots.

Snorkelling expeditions on the coral reef - and experiences with whale sharks - are popular.

Growing to around 18m (59ft) long, the species is both the biggest fish and biggest shark in existence.

Despite their size, they are typically regarded as safe swimming companions due to their gentle nature.

Western Australia's borders are currently closed to international and interstate visitors as part of efforts to keep out the coronavirus.