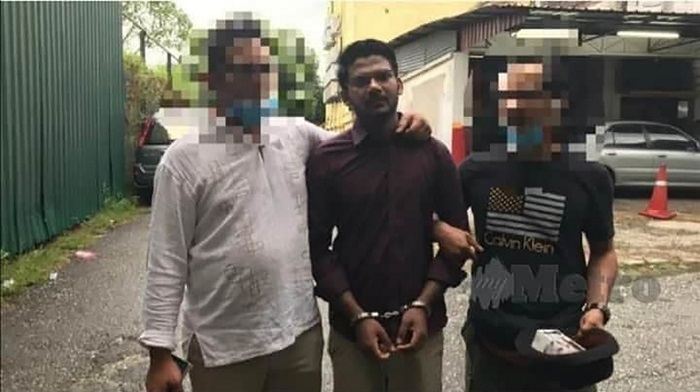 Rayhan Kabir, a Bangladeshi migrant, arrested by Malaysian Police for criticising Malaysia's treatment toward undocumented migrants, expressed his fear that his father might face trouble.

Rayhan’s father Shah Alam revealed this to media on Saturday night as the family members has been passing a worrying period after his son’s arrest.

Shah Alam said Rayhan told that he talked to his son on July 23, nine days earlier, since than they did not hear from him and did not know whereabouts of him. That time Rayhan expressed his doubt that his family may face trouble.

"He spoke to us on Thursday, before the arrest. My son told me, 'Father, I'm suffering as I stood beside people. You may have to go through some trouble'," Shah Alam said.

On July 3, Al Jazeera published an investigative documentary titled "Locked Up in Malaysia's Lockdown". The report raised the issue of the government's repressive treatment of migrant workers in Malaysia during the lockdown. In that report, along with the citizens of many other countries, Rayhan Kabir also gave interview, which angered the Malaysian authorities.

An arrest warrant was issued against Rayhan Kabir. He was arrested by Malaysian police on the evening of July 24.

Before his arrest, Rayhan on July 19 also sent a message to his friend defending his stance about Malaysian government’s treatment to undocumented migrants.

The message read: "Many countries around the world still enslave workers. Just do a Google search, you will know we provide the cheapest labour. Yet they hurt us, punish us, even though it is illegal, because that is how the system has become. Why do they make the people cross the airport with their hands in chains like animals in front of people from other countries? Why would they strip my devout brother naked in the name of punishment? Despite such injustice, we cannot raise our voice against them. We will just shed our tears with grief."

Rayhan further wrote, "I am fine. I have been comfortable with my family. I have a Malaysian degree. I could have spent my life comfortably doing a corporate job. But when I saw my countrymen inhumanely tortured in front of my eyes, I could not bear it. As a result, I am a fugitive accused today. Let's not talk about how I am now passing every moment, how I am struggling every second. I will put up that story for some other time. My only crime is I am a Bengali."

In 2014, Rayhan completed his Higher Secondary Certificate (HSC) and went to study in Malaysia. He passed BA there. Just before Eid-ul-Fitr he got a job in a company.