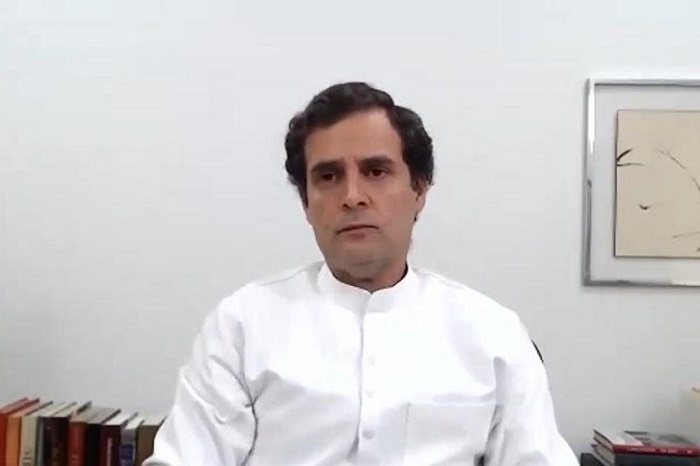 Congress's Rahul Gandhi on Sunday attacked the government over the continued detention of People's Democratic Party leader Mehbooba Mufti, tweeting that it "damaged" the Indian democracy. On Friday, a day before Eid and nearly a year after she was taken into custody, the detention of the PDP chief -- who was accused under the Public Safety Act -- was extended.

The government, however, released Sajad Gani Lone, another partner in the last coalition with the BJP, which was headed by Ms Mufti. The BJP ended the coalition in June 2018 and Jammu and Kashmir has been under Central rule since.

"India's democracy is damaged when GOI illegally detains political leaders. It's high time Mehbooba Mufti is released," tweeted Rahul Gandhi, who has been takig on the governmnet every day on social media over the economy, coronavirus outbreak and China. .

The Congress has spoken out earlier about the extension of Ms Mufti's detention. On Saturday, senior Congress leader and former Union Minister P Chidambaram said the extension detention is an "abuse of law" and "assault" on the constitutional rights of every citizen of the country".

"How is the 61 year old former chief minister, a protected person under security guard round the clock, a threat to public safety?" he questioned in a post on Twitter.

Ms Mufti was among the hundreds of political leaders in Jammu and Kashmir who were detained last year as the Centre ended the state's special status under the Constitution's Article 370 and bifurcated it into two Union Territories. The move was considered a precautionary measure against any backlash.

But since then, most of the leaders have been released. In March, former Chief Ministers Farooq Abdullah and his son Omar Abdullah were released by the Centre days before the lockdown was announced.