Coronavirus: US reports more than 1,000 new deaths for fifth day in a row 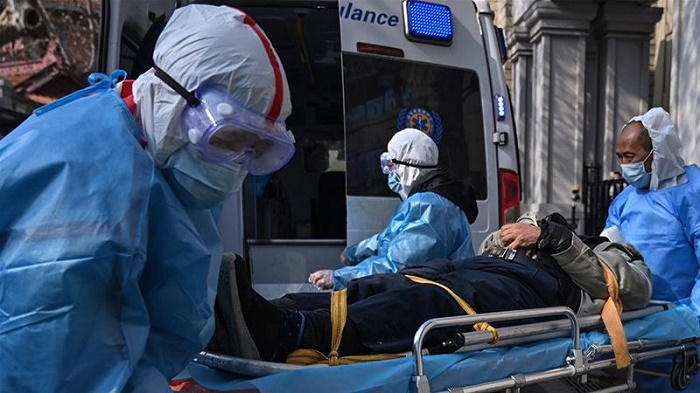 Daily deaths from Covid-19 in the US topped 1,000 for the fourth day in a row as several sunbelt states once again reported historic jumps in fatalities.

A further 1,291 people in the US died from coronavirus, according to Covid Tracking Project data, from 1,418 on Thursday.

The national death toll has increased by more than 1,000 fatalities a day nine times in the past 10 days, taking the overall tally to more than 144,000.

Florida (252) and Arizona (172), among the hard-hit sunbelt states, reported record daily jumps in fatalities. California (194) was just short of Wednesday's record of 197.

The death toll in Texas rose by 84 from a day earlier to 6,274 as of Thursday, according to Financial Times analysis of Covid Tracking Project data.

The Lone Star state's health department announced a series of changes this week to the way it counts deaths. Officials said today that as they shifted to using death certificate data, "an automation error caused approximately 225 fatalities to be included that did not have COVID-19 listed as a direct cause of death" and that they had to correct the cumulative fatalities for July 27, 28 and 29.

A further 69,917 people in the US tested positive for coronavirus over the past 24 hours, from 66,211 on Wednesday, according to Covid Tracking Project data.