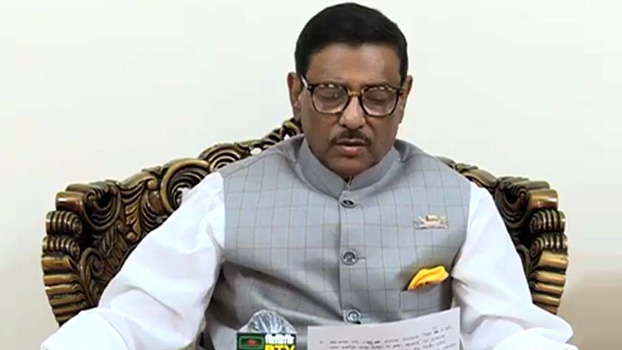 Road Transport and Bridges Minister as well as Awami League General Secretary Obaidul Quader pn Sunday said a vested quarter is out to tarnish the government’s image when it is taking up different effective measures in facing disasters.

“When Prime Minister Sheikh Hasina is drawing up proper measures for the betterment of people during the disastrous period overcoming various limitations and hostilities, BNP is out to make falsehood and criticize the government,” he said.

Quader was addressing a function joining it virtually from his official residence on distribution of Eid gifts, seasonal fruits and health protective equipments among the orphans and opening a voluntary blood donation campaign under the arrangement of Krishak League on Bangabandhu Memorial Museum premises at Dhanmondi-32 marking the National Mourning Day.

The AL general secretary called upon all to be alert at highest level about the security of the premier as the entire nation remains worried about Bangabandhu’s daughter when August, the month of mourning, comes.