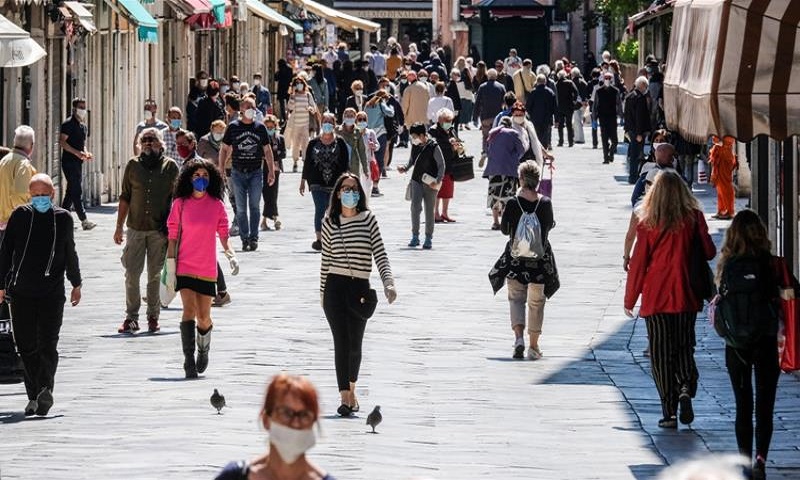 America's first coronavirus surge nearly wiped out the summer season on Cape Cod, one of the most popular summer destinations in the US. Now there is talk about a second wave - will this imperil the vacation spot's escape?

When the pandemic hit the US in March, Sarah Sherman, owner of Hopper Real Estate in Eastham - a holiday home rental business on the Cape - saw her summer season erased with cancellations. But by mid-July, her business had revived - despite the number of cases in the country setting records.

At one point, she scored more than 16 bookings in just two days - a number unheard of in a typical year.

The return of visitors was a major relief to Ms Sherman and business owners like her across Cape Cod, a peninsula that juts off Massachusetts into the Atlantic Ocean that was made famous as the summer playground of the Kennedys.

Cold and grey in the winter, it is dependent economically on the summer months, when its population doubles and families from across the northeast pour in to sunbathe, cycle and gorge on lobster and fried clams.

As the country went into lockdown, reservations "just stopped", she recalls. "We were like, 'Oh my god, what is going to happen?'"

"We didn't know whether there was going to be a summer."

Families with second homes de-camped for extended stays earlier in the year than usual. Renters soon followed, as a long spring in lockdown created pent-up demand, particularly for places like the Cape, to which most visitors travel by car.

By the 4 July holiday weekend - typically one of the busiest in the year - occupancy rates at hotels were above 90%.

But as case counts rise elsewhere in the country, Ms Sherman says it is too early to say if the area's economy has escaped.

"As we watch the rest of the country spike, we're like, 'If that happens here, that could close down the rest of our summer really quickly.'"

Economists have warned that consumer spending in the US appears to be stalling, even in places, like Massachusetts, which have so far escaped a sharp rise in cases.

Spending has flattened across the country since the 4 July holiday, and remains down more than 6% since January, according to data from a team of researchers at Harvard University, who found the pullback has been driven by wealthy families and led to significant job loss at businesses in neighbourhoods that cater to such a clientele.

For a place like the Cape, which relies on tourist dollars, the economic impact is likely to be significant, says Karen Dynan, a senior fellow at the Peterson Institute for International Economics.

Wealthy families are more likely to have been spared job and income cuts, which could help spending bounce back when people feel safe again. But it's not clear how many businesses will be able to survive until then, she says.

"We're just beginning to see the longer term harm to the economy," she says.

Many restaurants and other stores are offering off 20% or more, as visitors shop and dine out less.

At Scargo Cafe in Dennis, takeaway and outdoor tables have helped to maintain business, but with a nearby cinema and theatre closed, co-owner David Troutman says it's nothing like a typical summer, when people pack three deep at the bar and wait for an hour to be seated.

Many of his 73 staff are working part-time and he didn't hire extra seasonal help.

"Whether it's a good economy or bad economy or the pandemic, [second-home owners] going to come down here no matter what," he says. "But people are unquestionably afraid to come into the building .... It's certainly not as busy."

The subdued tone is especially evident in Provincetown, a small town on the tip of the Cape whose art galleries and restaurants are typically jammed with visitors.