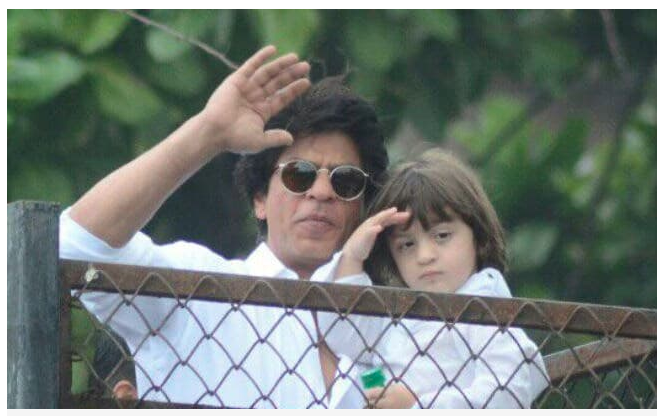 Shah Rukh Khan, who every year, greets his fans from his house Mannat on the occasion of Eid, couldn't do that this year due to the coronavirus pandemic but he did make up for it by sharing a stunning silhouette of his 7-year-old son AbRam. On Saturday, SRK shared a picture of AbRam along with a festive greeting that read: "Eid Mubarak to everyone. May this day and actually everyday bring peace happiness and health to all your loved ones. Everyone give yourself a self-hug." Last year, SRK and AbRam were accompanied by a special guest on Eid - American TV show host David Letterman.

Coming back to Shah Rukh Khan, the actor was last seen in Zero, co-starring Anushka Sharma and Katrina Kaif. SRK produced Netflix's Bard Of Blood, and Amitabh Bachchan and Taapsee Pannu's Badla. The actor will also produce the film Bob Biswas, starring Abhishek Bachchan. SRK has reportedly been signed for the Hindi remake of Quentin Tarantino's Kill Bill. However, he has not announced his association with the project as of now.