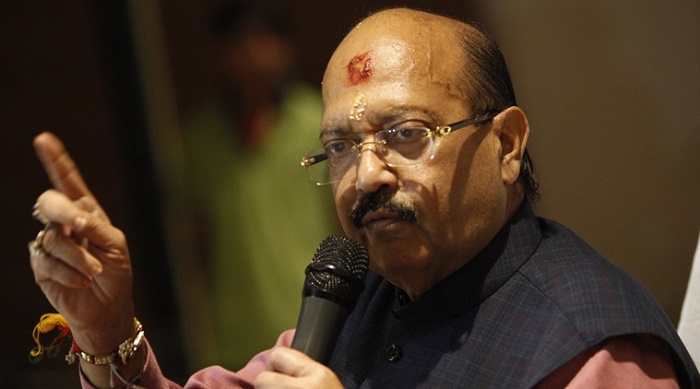 Rajya Sabha member Amar Singh died at a Singapore hospital on Saturday. Singh had been undergoing treatment at the hospital for several months and had lately been admitted to its intensive care unit. He was 64.

The flamboyant businessman-politician, who once counted India’s most influential icons from industry, politics and Bollywood among his closest friends, had been a key player in the cut and thrust of Indian politics till about a decade ago. Back in 2008, he also helped the then Manmohan Singh government survive a crucial trust vote that eventually led to his arrest three years later. He was accused of offering bribes to three BJP MPs to get them to support the UPA.

It was a chance encounter with Samajwadi Party founder Mulayam Singh Yadav on a flight back in 1996 that led him to enter politics. He joined as its general secretary and soon became Mulayam Singh Yadav’s crisis manager and the face of SP in Delhi’s power circles.

Back in Lucknow, there were other power centres in the SP that he didn’t get along with. Amar Singh was expelled from the party in 2010 after being blamed by Akhilesh Yadav for the defeat of his wife Dimple from Firozabad.

Amar Singh spoke about his retirement from politics later but ended up launching his political party but it did not work out. He and his party lost every election it fought, often also the security deposit. He joined Ajit Singh’s Rashtriya Lok Dal but didn’t get far either.

In 2016, Mulayam Singh Yadav eventually helped him win the Rajya Sabha election. But when son Akhilesh Yadav took the baton from his father, he had Amar Singh expelled from the party the next year. Singh continues to be an unattached member of the Rajya Sabha, occasionally

Amar Singh, who had a kidney transplant in the Singapore hospital more than a decade back, continued to face health issues and was again admitted to the hospital earlier this year.

From his hospital bed on March 2, Singh denied rumours that suggested he had died. He posted a 2-minute long video to clarify his health status and stressed that he was fighting back. “Tiger Zinda Hai,” he wrote in his short message.

He also posted a short video message on March 22 from the hospital bed, appealing to all his supporters to back Prime Minister Narendra Modi in the fight against coronavirus.

His Twitter handle remained active till hours before the news of death emerged.

His last two tweets were a tribute to freedom fighter and educationist Bal Gangadhar Tilak on his death anniversary. In another tweet, he wished his friends on the occasion of Eid Al Adha.