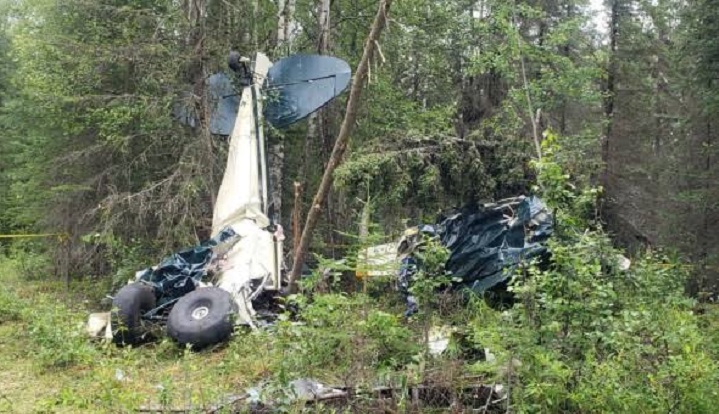 Seven people, including an Alaska state lawmaker, died Friday when two small airplanes collided in midair near the airport in Soldotna, a small community on Alaska’s Kenai Peninsula.

Alaska State Troopers said state Rep. Gary Knopp, 67, of Kenai was the sole occupant of one plane. The other plane was flown by a local pilot, and carried a guide from Kansas and four people from South Carolina.

“This is an unfathomable tragedy for multiple families today,” Alaska Department of Public Safety Commissioner Amanda Price said. “Troopers and partner agencies have worked together diligently at the scene and have reached out to next of kin to notify them of this heartbreaking incident.”

The National Transportation Safety Board is investigating the fatal accident, which occurred just before 8:30 a.m.

Rita Geller, who works at a golf course near the airport, said she started running when she heard the planes hit, and watched one fall to the ground,

“I ran to more of a clearing and basically saw it explode,” she told the Anchorage Daily News. “The engine, things were flying off of it. I didn’t see the second plane, but I saw a lot of debris flying around. It was horrific. It was just like 9/11.”

Troopers say six of the seven people were pronounced deceased at the scene of the accident. The seventh person died while being transported to a hospital.