The message of peace buzzing in the heaven on earth 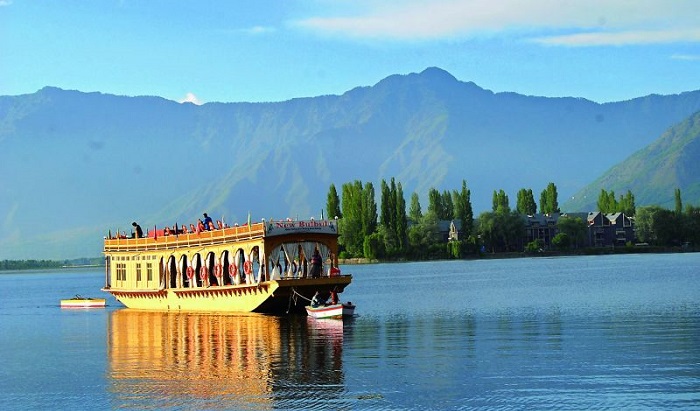 The heaven on earth is going to regain its ancient pride. The appropriate steps are taken by the Indian government and the spontaneous will of the Kashmiri people eager to bring back the ever peaceful place in the lap of the mountain valley again.

Kashmir, adorned with the beauty of nature, wants to stand tall trashing the path of suicidal destructive violence by following incumbent government’s willingness and bold leadership. The valley wants to spread its wings in the atmosphere of their traditional harmony disregarding the politics of divisions.

There was persuasion and still there is. But, Pakistan’s persuasions are not working in Kashmir today. The people of Kashmir have now realised that how sincere the Indian government is about the true development of the area resolving all their problems. As a result, once again the melody of reunion has started playing instead of division. Kasmir too is on the highway of development along with the whole India.

The Indian government is giving importance to the real development of Kashmir. There is no question of deprivation in Kashmir. On the contrary, the people of the valley are getting the most importance. Though the government is paying the most attention there is more confusion about Kashmir at home and abroad.

There are many things remain unknown about Kashmir. The glorious history of Kashmir was being overshadowed by the terrorist activities. Now Kashmiri people want to uphold their rich history to the world.

Literally, Kashmir is the heaven on the earth. Not only for its natural beauty but the history of Kashmir is also quite glorious. Kashmir, one of the cradles of Indian culture, has a great tradition of intermingling. But tells of this tradition has been suppressed today. So, under the autonomy, the present Indian government with taking Kashmiris by side is determined to remove the confusion among the people.

Very few know about the historical relations between Buddhists and Kashmir where Buddhism flowered under the patronage of Emperor Ashoka of eternal fame. The land where the two major sects of Buddhism, the Mahayona and Hinayana, literally the Great Wheel and the Lesser Wheel, emerged from the fourth Buddhist Council convened by the Kushan King Kanishka, and the land from where Buddhist monks made their way to Central Asia, China, Tibet and beyond, spreading the dhamma of their great teacher and sharing India's cultural riches with the world, asking nothing in return. Buddhist monks Buddhist monks lived together in peace in Kashmir through the centuries.

From the fifth to the twelfth centuries, Kashmir was one of the wandering lands of the Hindu Shaivism, the worship of the lord Shiva. Later, blended harmoniously with Buddhism a uniquely syncretic culture was created in Kashmir, as the two were integrated ever more closely through the centuries. In the coming centuries, Islam permeated into the Kashmir valley through the tireless efforts and inexhaustible zeal of Sufi saints. And yet, despite the diversity of religion and thought, or perhaps because of it, there was little of the intolerance and fanatic zealotry present today throughout the world, and brought to Kashmir by its hostile and envious neighbour to the west. On the contrary, the Hindu, Muslim, and Buddhist communities lived peacefully cheek by jowl, interacting with each other freely without rancor. Nowhere is this harmony more personified than in the lives of the Hindu Shaivite saint Lai Ded and her Muslim disciple, Sheikh Nur-ud- din; together the duo blended the best of Hinduism with Islam, influencing the entire subcontinent a^nd giving rise to an ethos of acceptance and equality - the spirit of Kashmiriyat, the legacy of this beautiful land.

Under the great 15th century monarch of Kashmir, Sultan Zain-ul-Abidin, fondly called Bud Shah (Great King) by his subjects and Bhatt Shah (Pandit's King) by the Kashmiri Hindu Pandits, Kashmiriyat was infused into the state's policy, as the Islamic monarch reconstructed Hindu temples and organized Hindu festivals, ushering in an unprecedented era of religious tolerance and good governance in Kashmir. This was extended to nearly the entire Indian subcontinent in the next century under the great Mughal Emperor Akbar, who abolished discriminatory taxes like jizya that distinguished between his subjects on the basis of religion, and ensured to all his subjects the freedom of faith. That this was the same era when the concept of secularism was alien to Europe, where it was not uncommon for men and women to be put to death if they questioned their faith, makes it all the more remarkable.

This is not to ignore the subsequent hardships of the Kashmiris under the last of the major Mughal emperors, Aurangzeb, and the Afghans and Sikhs who later attempted to establish control over Kashmir. With the creation of modern India and the partition of the subcontinent into India and Pakistan, this harmony was further disrupted as the Pakistani state aimed to support an armed insurgency in Kashmir, brainwashing its youth to undertake subversive terrorist activities, in the unrealistic hope of 'liberating' Kashmir and establishing an Islamic state under these Mujahideen, as a part of its policy of 'bleeding India by a thousand cuts'.

Yet, despite all such efforts, the vast majority of Kashmiris refuse to succumb. As Mahatma Gandhi himself observed during the tumultuous partition of the subcontinent, when men were murdered and women raped simply because of their faith, nowhere was the difference between Hindu and Muslim less than in Kashmir, where one language and one culture united all Kashmiris. Today, with burgeoning local political shoots and a strong and committed national leadership, willing to do whatever it takes to ensure the welfare of Kashmiris, there is every hope that the legacy of pluralism, tolerance and Kashmiriyat—the hallmark of Kashmir, so exquisitely crafted  over centuries, will once more find expression in Kashmir.