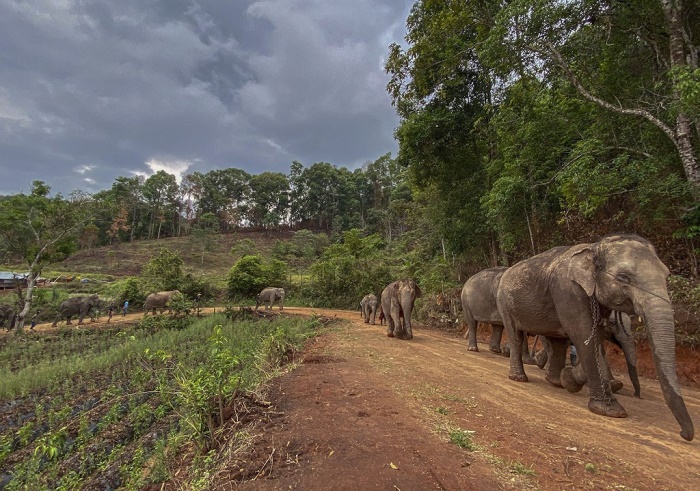 The effects of shrinking habitats on wildlife are more profound and wide ranging than often assumed, a study published Wednesday found, as researchers warned that many forecasts underestimate how many species are lost in fragmented environments.

Human activity is devouring ever more of the natural world, destroying forests, splintering habitats into isolated areas, while polluting land and sea.

This is driving the sixth mass extinction event in the last half-billion years — the last one wiped out land-based dinosaurs around 66 million years ago.

While the link between habitat loss and the sharp decline in life on Earth are well established, German researchers set out to try to quantify the dynamics of species loss using data from dozens of studies on environments across the world.

They found that smaller habitats piled significant extra pressures on species that are often not included in estimates of biodiversity loss, causing more extinctions than would normally be predicted.

Forecasting models currently used were “highly simplistic” and tended to draw on land size and the number of species found in an area to estimate the immediate effects of habitat loss, author Jonathan Chase, of the German Centre for Integrative Biodiversity Research, told AFP.

“When we make these ‘guesses’, we’re often quite wrong. And it’s these sorts of guesses that we suggest underestimate how many species are lost when habitat is lost (and how many are saved when habitat is saved or restored),” he said.

The study, published in Nature, looked at a dataset of 123 studies from habitats across the world, comparing large, intact areas — mainly forests — with smaller areas.

These covered “tropical rainforests surrounded by oil palm to Israeli scrub habitats surrounded by crops to islands in lakes that were created by reservoirs when dams were built”, Chase said.

Researchers sought to assess the risks that species face in reduced habitats that are not included in models normally used to predict biodiversity loss.

These include restrictions to the movement and dispersal of wildlife populations, inbreeding and difficulty finding mates.

The balance of species may also change, with some able to adapt better than others in fragmented areas.

Across the world, the study found that the impact of habitat loss was often more acute in places where it has happened more recently, like in the Americas.

Areas fragmented more than a hundred years ago — for example in Europe — were found to have less biodiversity loss, but the report said this could be due to the arrival of species that are more tolerant to these environments to compensate for the loss of other wildlife.

Chase said that while the extra effects of living in smaller habitats were usually assumed to be small, the study found they were in fact “pretty large”.

“We need to do a better job of incorporating this sort of biological reality into our model forecasts,” he said, adding this could help better assess the potential impact both of habitat loss and of conservation efforts.