Let Friendship Day Unite Us to Fight against COVID-19 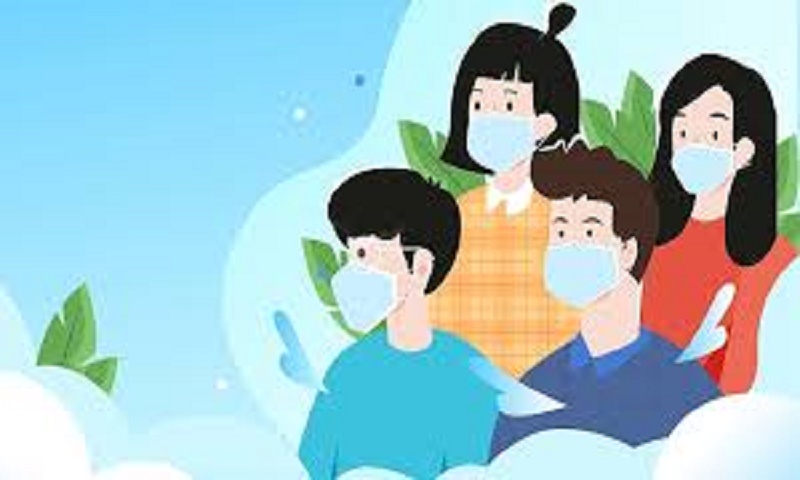 Many countries in the world observe the International Friendship Day on July 30 every year. In Bangladesh, India and some other countries, this day is celebrated on the first Sunday of August. Argentina, Brazil, Spain and Uruguay celebrate it on 20 July and countries like Mexico, Venezuela, Estonia and Finland celebrate the Friendship Day in February. That means the celebrations occur on different dates in different parts of the world. However, the International

Friendship Day is not a public holiday.

We know that on July 27, 2011, the 65th Session of the United Nations General Assembly declared July 30 as the "International Day of Friendship". The UN, at the same time, made a request to all its member states to observe this day in accordance with the culture and customs of their local, national and regional communities, including through education and public awareness-raising activities. The objective was that celebration would inspire peace efforts and build bridges among peoples of different communities, cultures, religions and languages. The UN also wanted that by celebrating this day, our young generation, the future leaders of the globe, would promote mutual understanding, feelings for each other, reconciliation and solidarity. Might be one day, we will be able to establish lasting peace all over the world.

It is said that the first World Friendship Day was proposed for July 30 in 1958, by an organisation named the World Friendship Crusade originated in Paraguay. It was a foundation formed by a group of friends to promote friendship among all human beings irrespective of race, religion or ethnicity. However, reports also suggest that it was Hallmark Greeting Cards founder Joyce Hall who coined the term in 1930.

As we understand, friendship is a relationship that connects people through mutual consent. The bond of friendship is something special that holds a significant place in everyone’s life through developing mutual understanding, feelings and trust among people. It is a relationship that gradually develops over a period of time during which people share their happiness and sorrows with each other. Friendship teaches us tolerance and to understand and feel other’s joys and sorrows. A Swedish proverb says – ‘Shared joy is a double joy; shared sorrow is half a sorrow’.

Normally, every year on this day, friends exchange gifts among themselves, go for outings or enjoy together in a special way. The people of this sub-continent, particularly of Bangladesh, India and Nepal, celebrate the day by gifting each other colourful friendship bands, flowers or greeting cards. Sometimes, they go to cinema or restaurant in a group. With the advent of social networking sites, this day is also being celebrated online. Perhaps, this year, most of the people would prefer this arrangement of technology. Truly speaking, whatever they plan, it is all for friendship.

This year, the celebration of International Friendship Day might not be like other times due to the corona pandemic that has already brought the whole world to a standstill. Every second, we have to express condolences to families for losing their dear and near ones to this man-eating virus. We are, in fact, passing our days in one of the most trying situations the world has ever experienced.

On the other hand, we have the upcoming Eid-ul-Azha festival, which is also coinciding with this day. Muslims all over the globe are going to celebrate the Eid in a restricted manner, like Bangladesh, due to corona pandemic. This festival, as usual, might also be a bridge of friendship through understanding and mutual respect among the people of the world. The teachings of sacrifice of this festival will also encourage us to stand beside each other in these days of Covid-19. ,

As the day was consciously pronounced to cherish friendship and value the people in our lives, we can wish that friendship would be a common platform, for fighting together to end all kinds of aggression, violence and abuse against humans, especially women and children. The United Nations said on its website, "Through friendship — by accumulating bonds of camaraderie and developing strong ties of trust — we can contribute to the fundamental shifts that are urgently needed to achieve lasting stability, weave a safety net that will protect us all, and generate passion for a better world where all are united for the greater good."

Friendship is an essential aspect of relationship building skills. It may not be only between two persons, but it may also be between two communities or countries. Our great leader Bangabandhu Sheikh Mujibur Rahman, the Father of our Nation, knew the importance and force of friendship in establishing a peaceful world. Friendship with all, malice towards none- was the basic principle of his foreign policy. One can understand how much importance he had given to ‘friendship’ and thus incorporated that word in Bangladesh Constitution. With these words, he was able to establish friendship with all countries and leaders of the world, both at official and personal level. Bangabandhu believed that force of friendship was mightier than the force of military.

There is no weapon in the world, not even the nuclear bomb or any chemical weapon, that can destroy the invisible virus of Covid-19. The superpowers are in the worst situation. In the eyes of coronavirus, all people of the world are equal, whether one is white or black, rich or poor, Christian or Muslim, Asian or American. Through Friendship, the only bridge between humankind, we might be able to fight together against the corona pandemic as well as overcome its economic consequences.

The World people should learn from Covid-19 a lesson to be united for survival of the human kind. I strongly believe that a strong bond of friendship among the people, from north to south and east to west, irrespective of any race, caste or creed, can only save us from the ongoing corona pandemic. We all are saddened at the loss of thousands of lives who were our dear and near ones. We should extend our fullest support to the corona patients including their treatment.

We must also stand beside those families who have no earnings. Not only as human, but as friends, we should extend our hands towards them. Friendship can achieve the impossible. As friendship is a tool built on love, affection and sacrifice, it might be the mechanism to establish lasting peace in the world where we all will be able to live for each other with a new essence of harmony and responsibility.