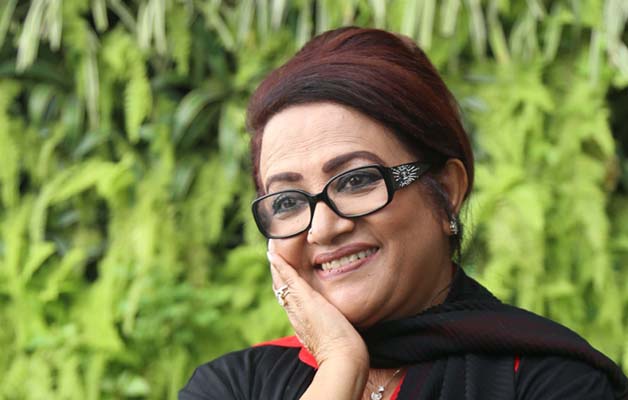 Today, July 30, is the birthday of internationally acclaimed actress Babita. Her fans, friends, and well-wishers from around the world have sent their greeting messages to the artiste as she turns another year older.

Celebrities and her co-artistes also take to the social media and shower love on Babita with birthday wishes.

The actress has celebrated most of her birthdays in Canada for the past few years, as her son Anik lives in Canada. This year, she will spend the day in Dhaka.

Talking about her birthday, Babita said, “I have no special plan to celebrate my birthday. Last year, I spent this day with the children from DCII (Distress Children Infant International). Due to coronavirus outbreak I have postponed all the celebration programmes.”

“For me birthday means one more year being deducted from life and another step closer to death. Whenever my birthday comes, I go deep into such thoughts. I want everyone to keep me in their good wishes and prayers”, she added.

Born in Jashore, Babita is a popular film actress of the country. She is best known for her performance in Satyajit Ray’s ‘Ashani Sanket’ (Distant Thunder), a novel adaptation about the Bengal famine of 1943, which won the Golden Bear prize at the 23rd Berlin International Film Festival in 1973. She was active in the 1970s through 1990s as an actress in Bangladeshi films. Babita acted in more than 350 films.  After winning the National Film Award in 1975, she won three consecutive best actress prizes. She won Best Actor in 1986, Best Producer in 1997 and Best Supporting Actress Award twice in 2002 and 2012.  In addition, she was awarded the lifetime achievement award of the National Film Award in the year 2016.

Babita’s brother-in-law Zahir Raihan first cast her for his movie Jaltey Suraj Ka Nichey. The film was not completed but she found a break through into the Dhaka film industry. Her first released feature was Shesh Porjonto.

Highlight:  “For me birthday means one more year being deducted from life and another step closer to death.  Whenever my birthday comes, I get these thoughts. Please keep me in your prayers”, said Babita.