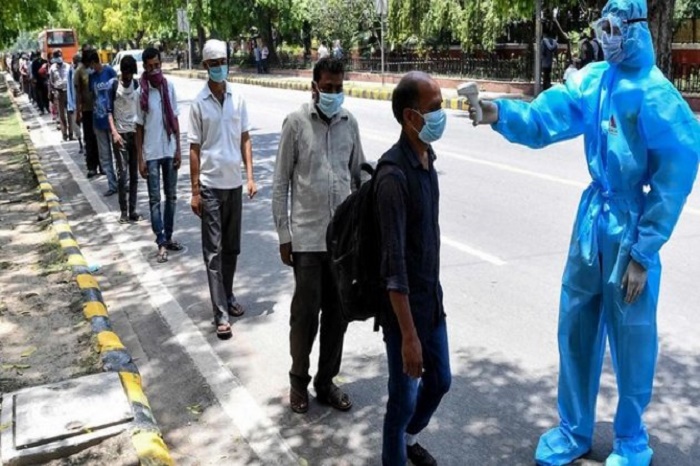 At a time when the novel coronavirus outbreak has brought the governments of most developed countries to their knees, including small regions or developed countries, the Indian state of Jammu and Kashmir has effectively controlled the COVID-19 spread and brought the daily life in the region to normal, a European Parliamentarian has said after viewing statistics.

Citing an example of effective curbing of deadly viral disease, Ryszard Czarnecki, a member of the European Parliament from Poland, said in a report published in the EU Chronicle that Jammu and Kashmir has offered a roadmap to recovery to the world.

"Jammu & Kashmir's Srinagar was included among the tiny list of 16 districts in India, which were asked to share best practices about controlling coronavirus spread with 700 districts in the country. Jammu and Kashmir that is subjected to highly maligned campaign by neighbouring Pakistan and China has seen well-oiled coordination between the local governments and people during the fight against COVID-19. Now the region known for its world-famous scenic splendour, snow-capped mountains, exquisite monuments, and local handicrafts is getting back to its glorious days and to welcome tourists," Czarnecki wrote.

Many states in India, as well as other regions in the world, were caught off guard when coronavirus started spreading fast. However, the Jammu and Kashmir administration was ready with all its preparedness to take on novel coronavirus, he said.

Even though India enforced nationwide lockdown from the last week of March but Jammu and Kashmir began operations in the first week of March itself. It had set up 24-hour control room that played crucial role in tracing COVID-19 positive patients and as well as those who came in contact with the infected and confining them. Four different apps were used for quarantine management, symptom tracking, geo-fencing tracking and home-to-home surveillance tracking, the Parliamentarian said further.

And most important, the humanitarian services the local administration and Indian Army extended to people who were stranded and immobilised during the lockdown gave much-needed fillip. A number of helplines were launched to help people with getting essential services with the minimum footprint possible. Government staff reached out to people in need of food, medicine, grocery and other important stuff that was needed for day-to-day life. The cases related to patients undergoing life-threatening disease such as cancer, pregnant women, old age problems were attended with an urgent and top-priority basis, Czarnecki said.

"The growth of COVID-19 in Jammu & Kashmir has been very slow and even remained sluggish in April, May and June. There was exception in the beginning of June when the number of new cases has spiked. However, the government managed to bring it low in no time," he noted in the report.