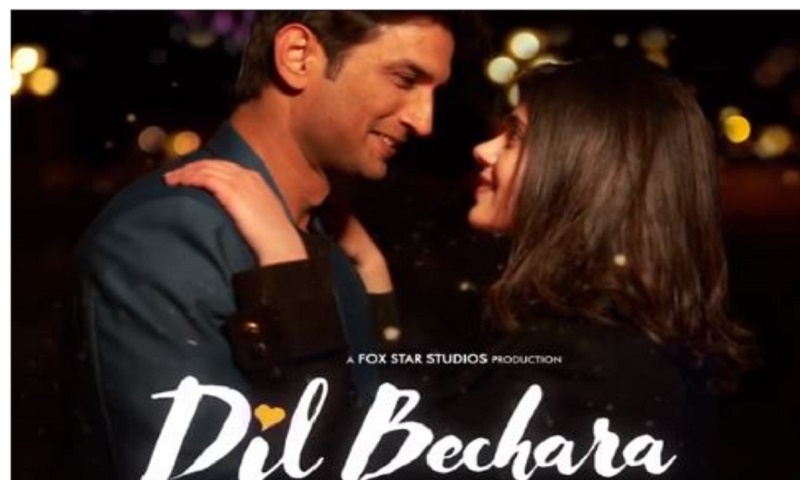 Disney+ Hotstar registered record-breaking viewership numbers for the premiere of Dil Bechara, that much was known. But now, an independent tracking firm suggests that the film was watched by 95 million viewers in the first 24 hours of its release.

According to a Mid-Day report, a representative for the firm, Ormax Media, believes the numbers are comparable to viewership figures of the massively popular HBO series Game of Thrones, althought he didn’t provide any further data. “If one wants to, comparisons could be drawn [between the viewership] of Dil Bechara, and that of [the much-acclaimed series] Game of Thrones, and this was possible even though the latter had a pre-existing viewer-base, while the film [did not]. Then again, Hotstar promoted Dil Bechara from the onset, marketing its release date and time well in advance. Viewers showed up in unison to watch it.”

Dil Bechara is the final film of actor Sushant Singh Rajput’s career. The actor died by suicide on June 14, before it had been announced that the film would release only on Disney+ Hotstar, and not in theatres. His fans protested, but turned up on the streaming platform nonetheless. The film was made available for free to both subscribers and non-subscribers.

An apples-to-apples comparison with a theatrical release, however, is not possible. For instance, if the average ticket price in India is taken as Rs 100, then Dil Bechara would have made Rs 950 crore. According to a report, the average ticket price across PVR Cinemas theatres in India in 2019 was Rs 207, which pushes the estimated box office earnings of Dil Bechara to around Rs 2000 crore.

Trade analyst Taran Adarsh told Mid-Day that the film would’ve done exceedingly well in theatres, too. “I would have preferred watching it on the big screen. It is beautiful, especially its ending. A good film will always find appreciation; [as it did with] films like Anand [1971], and Ankhiyon Ke Jharokhon Se [1978], which also had similar emotional content,” he said.

Recently, Netflix announced that Extraction, the Chris Hemsworth action film, had broken the platform’s record for the most-watched original film. It raked in 99 million views, but over a month. Game of Thrones, meanwhile, registered an average viewership of 44 million per episode during its final season, but that’s only in the US.