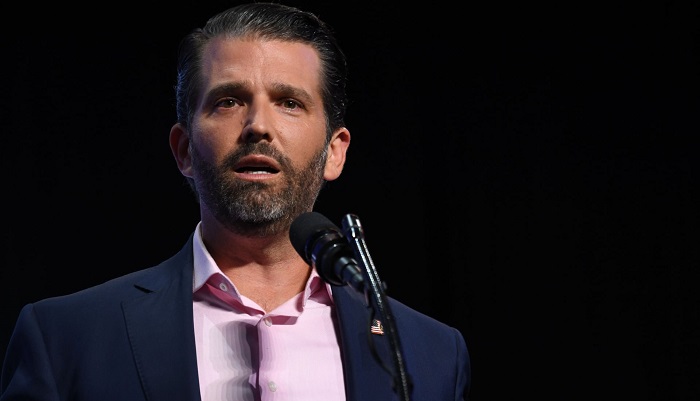 Twitter has temporarily limited the account belonging to Donald Trump Jr., President Donald Trump's eldest child, for 12 hours after he posted content that violated the company's policies on misinformation related to the coronavirus pandemic.

The move comes amid growing tensions between the platform and the president.

The spokesperson, who requested anonymity, said in a statement: "Tweets with the video are in violation of our COVID-19 misinformation policy. We are taking action in line with our policy," and linked to a blog post with its policy.

The spokesperson added: "We are continuing to take action on new and existing Tweets with the video."

"This account has not been permanently suspended. Per the screenshot, the Tweet requires deletion because it violates our rules (sharing misinformation on COVID-19), and the account will have limited functionality for 12 hours," the spokesperson said in a tweet.

Late Monday, both the president and his son shared a video featuring what appeared to be doctor blasting the science and medical health experts' recommendations about wearing masks and saying there are cures for COVID-19, including hydroxychloroquine.

Later, on both feeds, there was a message reading, "This Tweet is no longer available," with a link to generic information from Twitter about notices it puts on tweets. 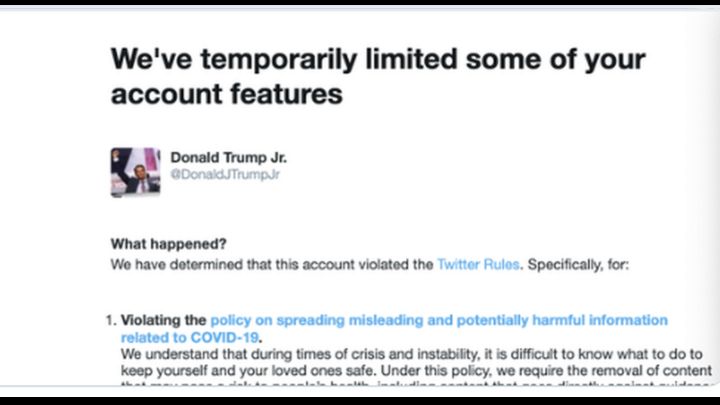 While Trump retweeted an account that shared the same doctor video, Trump Jr. tweeted out the video directly. Twitter tells ABC News because President Trump's was a retweet, the company will not take similar action against the president's account.

It's unclear how many people saw the video before it was taken down.

It appears Trump Jr.'s original tweet has now been deleted.