France to ban heated terraces in cafes and bars 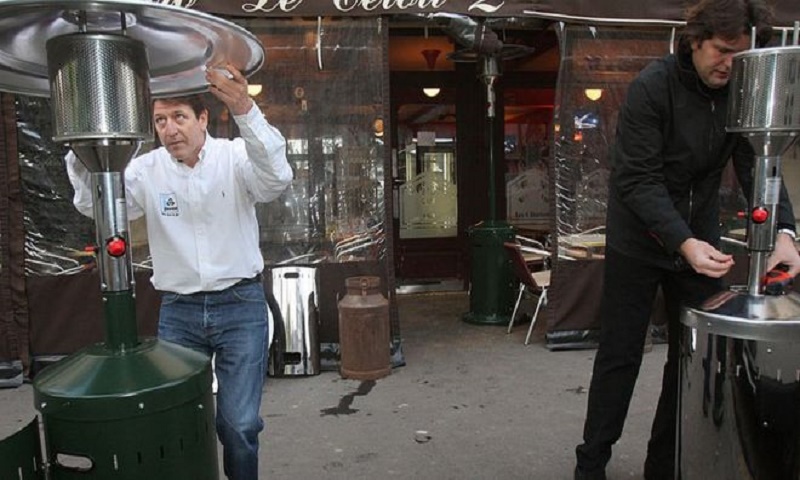 France's government has announced new environmental measures, including a ban on heated terraces for cafes and bars.

The ban will not come into force until after the winter as restaurants have been hard hit by Covid-19, she added.

All heated or air-conditioned buildings open to the public will also have to keep their doors closed to avoid wasting energy.

Ms Pompili told reporters it was wrong for shops to "air-condition the streets" in summer by keeping their doors open just to spare customers from having to open them.

Trade groups say more than 75% of restaurants and cafes in the Paris area have a heated terrace.

She was appointed by new Prime Minister Jean Castex, who has pledged €20m ($23m; £18.2m) for climate-related investment, as part of a €100m stimulus plan aimed at helping the economy recover from the coronavirus pandemic.

The measures announced by Ms Pompili were proposed by the 150-member Citizens' Convention on Climate, set up by President Emmanuel Macron last year and randomly selected from members of the public.