Sajeeb Wazed Joy is a big dreamer, a wizard of youth 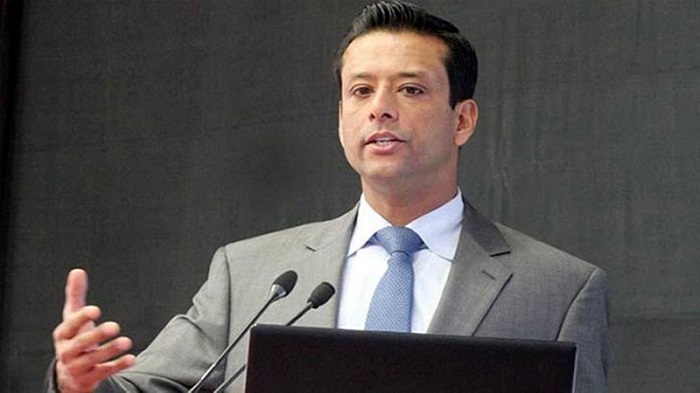 Nowadays, we use the word ‘generation’ very frequently. Today, the word ‘young generation’ is a much-talked-about issue all over the world. An icon in different countries of the world has become the pioneer of change to his generation. Sajeeb Wazed Joy is such a youth icon who changed the fortune of unemployed youth in Bangladesh. He dreamt the dream of Digital Bangladesh and we are heading towards the dream in an indomitable pace by holding his hand.

At the very beginning of this write-up, a speech of the Prime Minister Sheikh Hasina comes to my mind. Prime Minister Sheikh Hasina at a session of our national parliament on July 25, 2018 said that being an incumbent prime minister she could not bear her only son Sajeeb Wazed Joy’s educational expenses of the noted Massachusetts Institute of Technology (MIT), USA. She also said, “Our offsprings and nieces have studied, done jobs. They took a break in their studies, did jobs and again took education.” 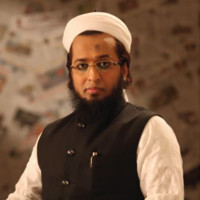 His father M. A. Wazed Miah was a famous nuclear scientist and his mother Sheikh Hasina is now the paramount leader of the country and a world class statesman renowned for her role in national, regional and global spheres. As for Joy, scholastic acumen and leadership are in the genes. His personality is a winning combination of technological innovation and leadership skills.

When Joy was a kid of 4, the cruellest tragedy struck Bangabandhu family and Bangladesh. His grandparents and uncles were killed in a notorious military coup. He along with his father, mother and aunt must have been prey to the assassination if they had been in Bangladesh on that fateful August night. They survived by pure chance as they were visiting West Germany at that time. However, against all these odds and emotional turmoil Joy completed his education quite successfully—studied Computer Science at the University of Bangalore, India and did a BSc in Computer Engineering at the University of Texas, USA. He also completed a Master’s degree in Public Administration from the Kennedy School of Government at Harvard University, USA. Sajeeb’s hard-earned education,  profound parental influence, innate patriotism and staunchest allegiance to Bangabandhu and the Liberation War ideals have been instrumental in the making of the present-day Joy whom we see carrying the baton of legacy passed to him by  his grandfather Bangabandhu Sheikh Mujibur Rahman.

He played a major role in bringing the Awami League to power in 2008.  Especially in the election manifesto, the idea of ​​Digital Bangladesh was included under his initiative.  Joy was elected Global Leader of the World in 2008 by the World Economic Forum. Sajeeb Wazed Joy married Christine Overmeyer on October 26, 2002.  They have a daughter. Although he was interested in politics while studying, Joy entered active politics in 2010.  On 25 February of that year, he was given the post of primary member of the Rangpur District Awami League, through which he officially entered politics. In 2008, the election manifesto released by the Awami League in December of this year, there was a sentence in the information technology section along with many other things, 'Digital Bangladesh by 2021.'  According to them, the metaphor is determined in that sentence.  Sajeeb Wazed Joy, IT Adviser to the Prime Minister, is leading the way to implement that vision.

In the last tenure of the present government, Bangladesh has come a long way on the path of digitisation. Many of the tasks performed in the country are not done manually now.  From the Secretariat to the Union Parishad and even to a school in a remote area of ​​the village, the touch of digital Bangladesh has reached. Sajeeb Wazed Joy is taking the country's ICT sector forward with his own hands.  It would not have been possible to go so far without his dynamic leadership, guidelines and direct supervision.  When it comes to information technology, he started doing it. When Sheikh Hasina came to power for the first time in 1996, Joy's own experience in technology encouraged Bangladesh to move on the road to the digital world.

Since then he has been advising Sheikh Hasina.  As a result, after becoming the Prime Minister for the first time, Sheikh Hasina undertook a programme to make the administration of the government dynamic through the use of information technology, to introduce computers in the development of IT sector and to continuously inspire school-college-university students in technology. "I learned to operate a computer from Joy," she said.  For this, he is my teacher. Not only that, through the overall development of information technology, the awakening of the poor working people of Bangladesh to achieve self-sufficiency among people of all walks of life has come from the mantra of victory.  I am proud to be the mother of such a child.”

Bangabandhu's grandson Sajeeb Wazed Joy dreamed of the young generation of the country.  He said to the youth that they would take the information technology of this country forward.  He has also arranged various IT training for the youth to become proficient. Again, the Government of the People's Republic of Bangladesh established the Bangladesh Hi-Tech Park Authority in 2010 with the aim of achieving socio-economic prosperity through massive employment in the IT / ITS sector. The IT Park will contribute to the employment of about three lakh people.  Bangladesh Hi-Tech Park Authority has taken initiative to set up Hi-Tech Parks in every department and district of the country for the development of IT sector and creation of new jobs. Bangladesh has recently been connected to the International Terrestrial Cable.  As a result, customers are able to enjoy uninterrupted internet facility.  Of these, 58 districts have come under fibre optic connection.  The price of bandwidth is also being reduced keeping it within the purchasing power of the common man.  It is not possible to achieve sustainable socio-economic development by lagging behind in technology.  Therefore, the present government had set a target of building 'Digital Bangladesh' by 2021 in its election manifesto.

Joy is a big dreamer and knows how to turn dreams into reality. He is also a visionary leader and a farsighted politician. He started his political life from the grassroots level and did not reach the peak of political hierarchy overnight. His campaign for Sheikh Hasina’s release from imprisonment during the army-backed 1/11 Caretaker Government and for the restoration of democracy went down in the annals of history. He is possessed of innovative ideas and entrepreneur skills. He is very good at motivating the youth to make the most of their ability and pursue their career a little more out of the ordinary way. He has been recogniged by the World Economic Forum as one of the ‘Young Global Leaders’.

We all are a dreamer. Joy is also a dreamer like us. He also likes to dream. But, the difference is he knows how to turn dreams into reality. It can be said that he is a hawker of dream. He is a visionary leader and a wizard of youth. A heartiest felicitation to this farsighted leader on his Birthday. Happy Birthday.

The writer is the Editor and Publisher of the daily Bhorer Pata and the People’s Times and also a Director of FBCCI.