Aishwarya, Aaradhya discharged from hospital as they test negative for Covid-19 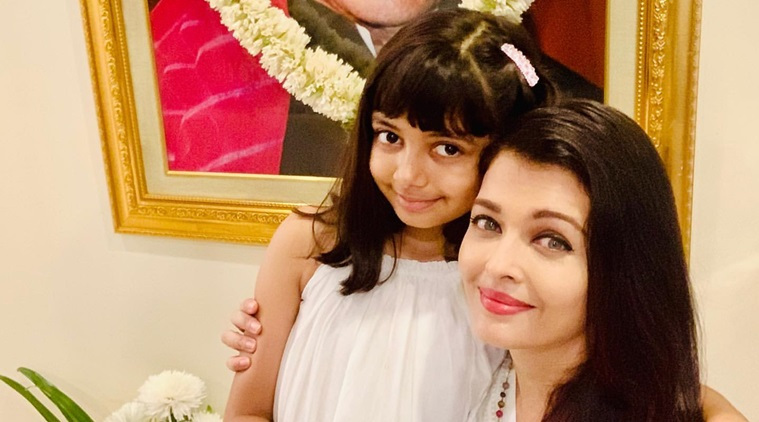 Abhishek Bachchan has tweeted that his wife, Aishwarya Rai, and daughter Aaradhya have tested negative for the coronavirus, and have been discharged from hospital. He remains under observation with father Amitabh Bachchan.

He tweeted, “Thank you all for your continued prayers and good wishes. Indebted forever. Aishwarya and Aaradhya have thankfully tested negative and have been discharged from the hospital. They will now be at home. My father and I remain in hospital under the care of the medical staff.”

While Amitabh and Abhishek have been hospitalised since July 11, Aishwarya and Aaradhya were hospitalised on July 12 after developing mild symptoms. Amitabh has been sharing regular updates on his social media accounts. He has been thanking well-wishers, saying that their support is what has been getting him through tough times. Recently, he shared a picture with Abhishek, Aishwarya and Aaradhya and wrote, “We see your love .. we hear your prayers .. we fold our hands .. in gratitude and thanks !”

Abhishek had announced his diagnosis on Twitter, and had written, “Earlier today both my father and I tested positive for COVID 19. Both of us having mild symptoms have been admitted to hospital. We have informed all the required authorities and our family and staff are all being tested. I request all to stay calm and not panic. Thank you,” he wrote. 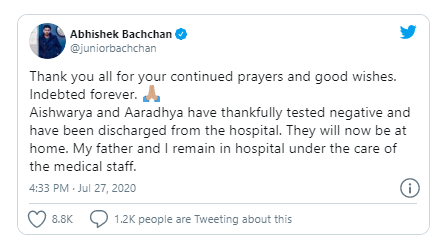