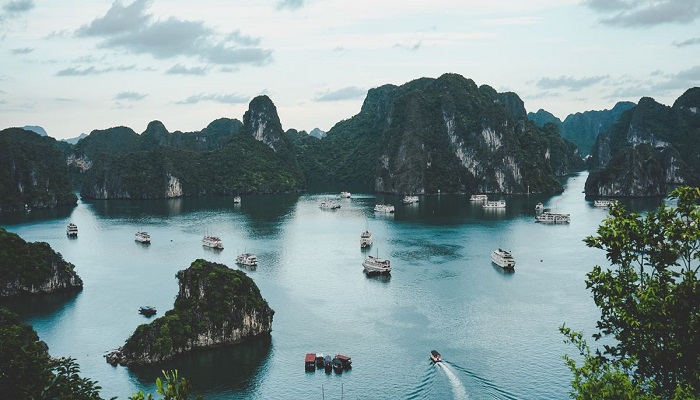 Vietnam is evacuating 80,000 people -- mostly local tourists -- from the popular resort city of Da Nang after three residents tested positive for coronavirus, the government said.
Vietnamese authorities are rushing to nip a potential new outbreak in the bud after the Southeast Asian nation recorded its first locally transmitted case of Covid-19 in 100 days on Saturday.

The patient, a 57-year-old man, had no international travel history and had been living in Da Nang for the past month, according to Vietnam's Ministry of Health. Two other cases were reported the following day.

After the case was announced, Vietnam's Prime Minister Nguyen Xuan Phuc demanded contact tracing be ramped up and large-scale testing conducted across the city, according to a government press release.

On Monday, the government made the drastic decision to begin evacuating 80,000 people from Da Nang, a process it said would take four days. Domestic airlines are operating about 100 flights daily to 11 cities around the country, according to the Civil Aviation Authority of Vietnam.

Da Nang is a tourist hotspot popular with domestic and international tourists, who flock to the city's white sandy beaches and seafront resorts. In 2019, the city welcomed about 8.7 million tourists -- of which some 5.2 million were domestic travelers, according to government figures.

Vietnam almost completely sealed off its borders to foreign nationals in March and is still off-limits to international tourists because of the pandemic. In June, the country allowed more than 400 Japanese business travelers to land on several chartered flights, in a first step toward opening borders between the two countries.

While the evacuation of thousands of people over three coronavirus cases may seem overzealous, Vietnam has been held up as a leading example in containing the virus, thanks to an aggressive strategy of early screening of passengers at airports and a strict quarantine and monitoring program.

The country has not reported any deaths from Covid-19 and has confirmed just 420 cases, according to Johns Hopkins University.

On Saturday, social distancing rules were reimplemented in Da Nang, according to the government press release. Everyone in the city must keep a distance of at least one meter from each other, wear face masks in public places and wash hands.