Rakibul Azam: An Inspiring New Face in the Entrepreneurial world 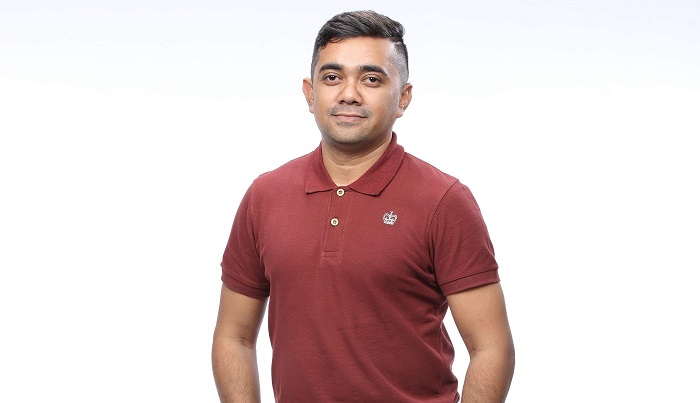 Rakibul Azam a young face, a self-made man with fiery spirit who is determined to leave an everlasting mark in the Entrepreneurial world is the Head of Business Development of Brandmyth Digital aka the Gladiator who is a former brand ambassador of Nescafe as well.

Brandmyth Digital is a digital centric marketing agency who offers a complete and creative marketing solution for business in the new media platforms. Let’s come back to the man behind Brandmyth Digital- Rakibul Azam.

The birth date of Rakibul Azam is 27 July who belongs from a middleclass family. According to him there was nothing remarkable in his childhood. The only significant memory he considers worth sharing is his birth. He was a forceps baby, so he was at a high risk of becoming a mentally or physically challenged person in future.  So it can be said that he is a born fighter. After his birth his mother was clinically dead for few hours and miraculously she survived.  He got to meet his mother at the age of 1.5 years.

At his early age his childhood aspiration was to become a cricket and to play in the Bangladesh National Cricket Team as he was incredibly good in this sport.

According to this spirited young man one of the most noteworthy parts of his life is his involvement with music. He says music is his soul food.  His first inspiration for music was his maternal uncle who was an incredibly talented musician. He used to see his uncle jamming at their place along with his band members. While posing with the guitar in front of the mirror an interest grew within him to learn to play it. He learned to play this musical instrument. Though he started his journey of a guitarist with an aim to become the lead guitarist and became a bassist by chance. He fell in love with bass guitar while giving proxy for his band. He is heavily influenced by Metallica and apart from that Dream Theatre, Iron Maiden, Deep Purple and specially John Myung, the bassist of Dream Theatre, Jeco Pastorious and from Bangladesh Shafin Ahmed from Miles, Swapon from LRB, and Sejun from Artcell.  His mature musical journey started in 2009 with joining a band called Roads.

Then one fine morning he came to know about Nescafe Get Set Rock from newspaper. The night before audition he had to stay up whole night to take preparation for his midterm exam and after that went for the audition and got selected which was beyond his expectation. But the next challenge was to convince his father as he was not aware all of his involvement with music.

Unbelievably, his father was really happy to hear about his selection. As a participant he had to stay at the camp for 6 months where he experienced his most memorable musical journey. There he got the chance to come into contact with legends like Ayub Bacchu, Bappa Majumder, Pilu Khan and so on which certainly helped him to enrich his musical knowledge.

Finally the most awaited moment came of announcing the top 6 finalist! The moment of becoming the champion still gives him goose bumps. As winning this competition was no less than dream coming true.

Then with the top 6 finalists a band was formed they named it S.I.X.  Now let’s put some lights Rakibul Azam’s earlier days on becoming an entrepreneur.  He started his career as a businessman in the year of 2004 through buying and selling musical instrument.

Later on he took an initiative to establish an event management firm Noise Gate, followed by an artist management firm. He is a man who is never afraid of trying out different things. He worked as a Brand Promoter, as an event organizer and moderator. An interesting fact about Rakibul Azam is that from his love from Coffee he planned to set up a Coffee Shop and he took the lesson of Barista. But still he was not content. Suddenly he came up with an idea of starting the most contemporary business venture- digital marketing agency and he approached his partner Towsif Ur Rashid. After tons of brainstorming they decided to name their agency Brandmyth with the thought of creating brands that will be remembered by people as myths for eons. Rakibul is a true believer of hard work. He believes anything is achievable through hard work and of course persistent hard work only. When asked about his motto he said- “I am never after money rather I am after success because I believe if you are after success the rest will follow.”

Rakibul Azam dreams of establishing Brandmyth Digital as one the topnotch digital agency in the world and he has a goal of setting up brunches of Brandmyth Digital in 32 countries across the globe. Regarding his inspiration in advertising field Rakibul Azam idolizes MD Saifuddin, the Head of Brand, Molla Salt. He says he learns from him every day. Apart from that he follows Richard Branson the popular musician and business magnet we all know of. He believes that never saying NO takes you to a long way as it opens new numerous opportunities for you to sharpen your edges and learn new things. Everyone wants to be remembered forever.

When we asked him how he wants to be remembered by people he gave a unique answer. This workaholic wants to perish while working. His sole dream is to become one of top most entrepreneur of the century. For future entrepreneurs Rakibul Azam’s advice is- “Never run after money, rather run after success. Money is the byproduct of success.”