Covid infection among young due to genetic defects: Study 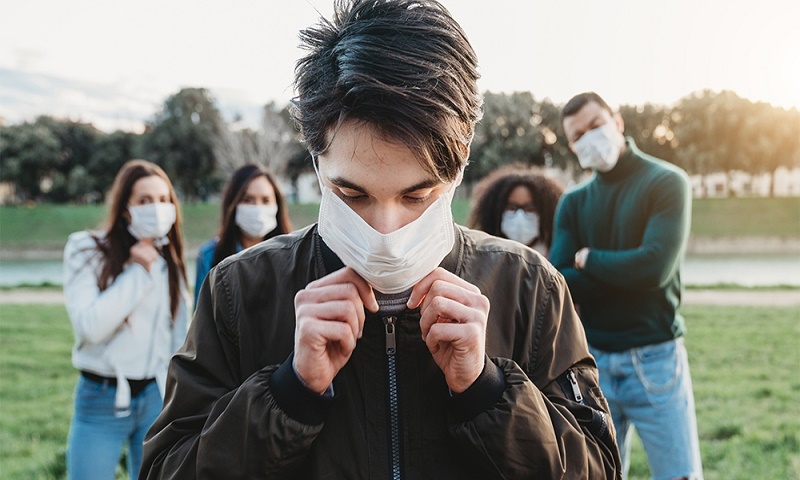 Why are some young people without any pre-existing medical condition getting severe Covid-19 infection? A new study shows it could be because of genetic defects or primary immunodeficiency that impacts the body’s ability to produce interferon — a critical element in fighting Covid-19.

Interferons are proteins made and released by host cells in response to virus attack. A virus-infected cell releases interferons causing nearby cells to heighten their anti-viral defences. Findings of the study, published in the ‘Journal of American Medical Association’ (JA MA), show that in a case series, including four young men from two unrelated families with severe Covid-19, unique loss-offunction variants in X-chromosomal TLR7 were identified, with immunological defects in type I and II interferon production.

All these patients required mechanical ventilation in ICU, and one of them died. Toll-like receptor 7 (TLR7) encodes proteins that play critical role in pathogen recognition and activation of innate immunity.

Experts say the findings, though with limitations, need to be studied further and can be relevant in identifying the cause of Covid severity in young patients.

“Such functional loss of gene-producing important protein which can help fight infections tells us to look for similar genes in young people having severe disease, and also will help us develop drugs,” says Dr Anoop Misra, Chairman, Fortis C-Doc.

In India, while people in older age groups above 45 continue to be more at risk from Covid-19 in terms of fatalities, as many as 43% deaths have taken place in the relatively younger age bands of 30-44 and 45-59, according to latest health ministry data.

The findings also assume significance because genetic mutations in individuals can be very difficult to predict. Doctors say a person may have such condition but it may get detected only when the gene is found not to be functioning against a particular condition.