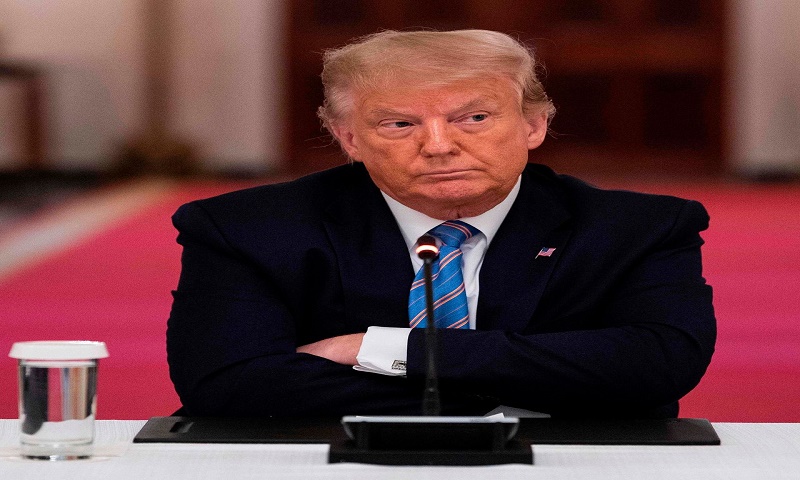 The Trump administration in recent weeks appears only to be fixated on precisely two Chinese firms -- TikTok and Huawei, said a Washington-based think tank while suggesting that the United States should be focused more on the expansive operations of Chinese state-owned enterprises that are quietly dominating the sectors of infrastructure, telecommunications, transportation, energy, and financial services globally.

China is seeking to overturn the current values-based international order that has provided peace for more than 70 years, Esper was quoted as saying by US Department of Defence, noting that the system is based on shared values and long-established economic ties with allies and partners in the region.

While these companies undoubtedly raise clear and important concerns, the Centre for Strategic and International Studies (CSIS) said the US should demonstrate more strategic maturity if it was equally focused on the operations of China Communications Construction Company, COSCO Shipping, and State Grid.

"Where the United States does pay attention to the global architecture of China's rise, such as the Belt and Road Initiative or the Digital Silk Road, it learns the wrong lessons, immediately lapsing into conversations of how to 'match' China's efforts," Jude Blanchette, Freeman Chair in China Studies at CSIS, said in the report.

"The US will never be able to replicate China's ability to deliver the entire value chain of financing, construction, labour, and technology to nations in Africa and Latin America at the scale and speed they demand, so why try when the United States would just be a poor imitation? China's global influence, while widespread, is fundamentally thin, relying primarily on its checkbook and its ability to apply targeted pressure."

"Instead of simply mirroring China, a better approach would be to play to the US' own significant strengths, which are far more robust and enduring," Blanchette added.

The report said that the US alternates between two formulations of Chinese power -- it is either on the verge of collapse or poised for global domination. But both of these conceptions are misleading and self-defeating, the report state further.

"The CCP's endurance is often underestimated when looked at solely on the risk side of the ledger--its rising debt, labour protests, declining productivity, or the Chinese Communist Party's over-centralisation of power. These are real challenges, but they have to be balanced with the institutional resiliency, which combines repression, cooption, suasion, and governance innovation," it said.

But most importantly, the United States needs to articulate a vision--a grand strategy--that looks beyond the narrower issue of China to depict the type of global order the US aims to help realise and protect, the think tank suggested.

"To be sure, Chinese President Xi Jinping is not making the same mistake, and under his rule, the Chinese Communist Party (CCP) has clearly articulated a vision of global leadership--an illiberal one for sure--but Beijing understands that narrowing its grand strategy to a 'US strategy' is both short term and necessarily limiting. Here, the US is holding most of the cards, in terms of global appeal, thickness of allies, robustness of technological capabilities, and military power. Why, in the face of all these obvious strengths, is the US not capitalising on them? Imagine if the US took leadership over the litany of challenges--some existential--that now face the planet: climate change, inequality, racial injustice, poverty, and global pandemics. Few expect, or want, Beijing to lead on any of these. Many are hoping the US eventually will," it said.

Therefore, from the fixation on naming Covid-19 as "China virus" to the recent moves to limit the number of foreign students studying in the US, these actions appear on the surface to be "standing up" to China. In reality, they detract from the serious work the US is doing to lean into strategic competition, and they leave the country impoverished and unmoored all the while doing little to shake or adjust China's longer-term ambitions, Blanchette said in the report. (ANI)