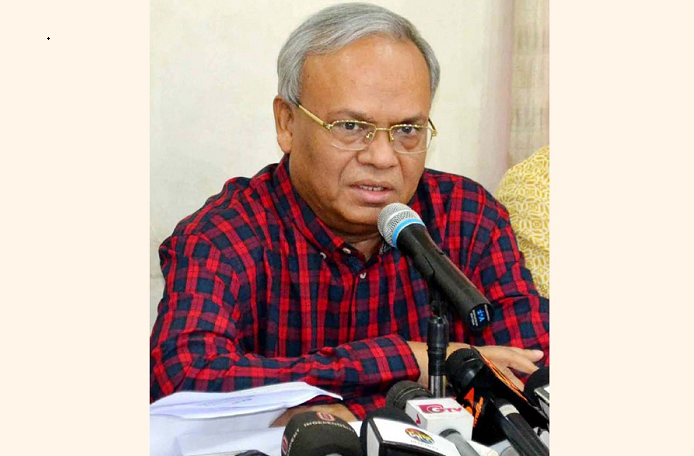 BNP senior joint secretary general Ruhul Kabir Rizvi on Friday said the resignation and transfer of a few officials will not help resolve the persisting crisis in the health sector as it is riddled with widespread corruption.

“The coronavirus crisis has exposed the sorry state of health ministry. So, it’s not possible to improve the situation with the arrest, transfer and resignation of some people or reshuffling one or two ministries,” he said.

Speaking at a virtual press briefing, the BNP leader said, "Though unpleasant, it’s true there’s no point in hoping that the situation will improve with the transfer of the thieves who played an active role in midnight’s conspiracy because they know they’ve emerged ‘through corruption with the help of corrupt leaders.”

He said a pro-people government will have to be installed to get rid of the irregularities and corruption. “That means, the entire government, including the Prime Minister, must step down.”

Rizvi said it is now clear to people that the main objective of this government is to plunder public assets and siphon off ill-gotten money abroad, not to serve the nation.

He said though the country’s banks have got almost bankrupt due to plundering, a huge amount of money has been deposited with foreign banks, including Swiss ones.

Referring to media reports, the BNP leader said Tk 5,427 crores were deposited by Bangladeshis with different banks in Switzerland. “Who do own that money and how did they siphon off so much money there?”

He also alleged that around Tk 9 lakh crores have been siphoned off abroad over the last one decade of the current government through widespread corruption ‘abetted by the state’.