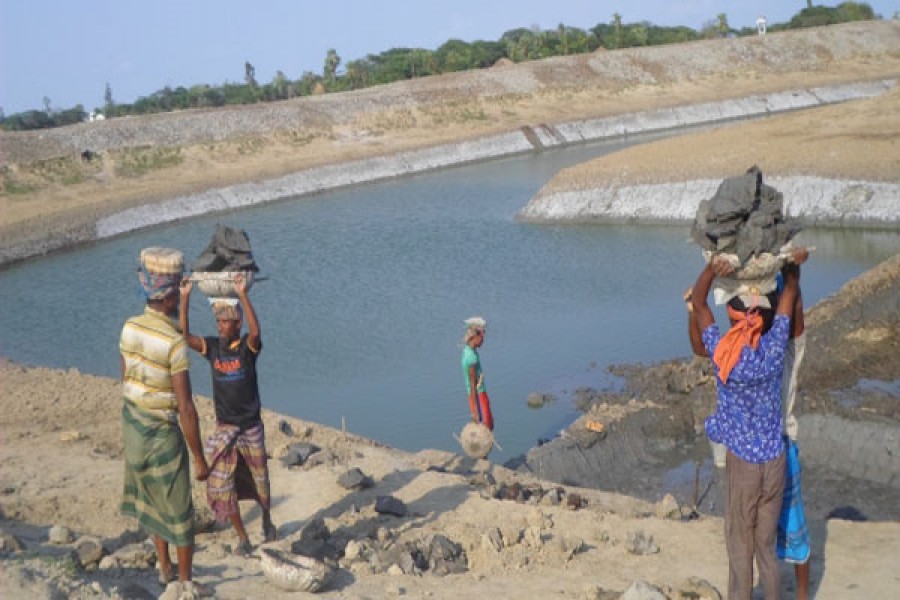 Gross irregularities were found in a pond re-excavating scheme where a huge amount of funds has been spent on unimportant components neglecting the core project work.

A vehicle and 28 motorbikes have been purchased under the small project but a serious deviation was found in the pond re-excavation work, an official evaluation report reveals.

A recent review of the Tk 390 million project namely ‘unused ponds re-digging project’ of Palli Daridro Bomichon Foundation (PDBF) also revealed that a major component of procuring 280 shallow machines is yet to start.

The project was designed to facilitate cooperative jute retting and fish culture being implemented in 28 upazilas in the northern region.

Implementation Monitoring and evaluation division (IMED) found the irregularities after conducting a physical verification to the scheme ending in June next year.

A total of 280 cooperative societies were supposed to be formed under the scheme. Each society was supposed to have 20 members—- 10 for fish culture and 10 for income-generating activities.

But 281 samities have been formed including 5,922 members without creating any pond-related cooperative samity, violating the ratio mentioned in the project proposal.

The number of enrolled members for a segment was 105.75 per cent higher than the original estimate, IMED investigation finds.

Until April this year, Tk 11.3 million loans have been disbursed among 4,574 members to re-dig 98 unused ponds without any remarkable progress.

Besides, the component for purchasing shallow tube wells and necessary equipment and install pipelines at a cost of Tk 70 million saw zero progress.

So far, 3050 people have been trained up under the scheme to achieve only 54.46 per cent progress in the component.

No officials have so far been trained up, while three workshops out of five have been complete.

An official survey on the project found that 65 per cent beneficiaries are still dependent on individual initiatives for jute retting; not on cooperatives.

Actually, jute retting and subsequent fish culture are not done, which is a serious deviation of the scheme.

98.08 per cent beneficiaries said they still use the traditional jute retting system, which is also against the subsidiary goals of the project.

Out of Tk 396.7 million project cost, the government is bearing Tk 340.7 million while the implementing agency PDBF is providing Tk 56 million from its own fund.

Tk 161.4 million project money has so far been spent until April 2020 to achieve 40.67 per cent physical progress whereas there was a target to post 84.10 per cent progress by that time.

Similarly, the physical progress target until April was 85 per cent, but the project advanced only 49 per cent against the target.

“These are gross irregularities. It would have been different if those were preparatory work. But in this case, it has been found that the main work has not been done,” he added.

Planning Commission Member Dr Shamsul Alam thinks that it is against financial and planning discipline and such practice only leads to wastage of public money.