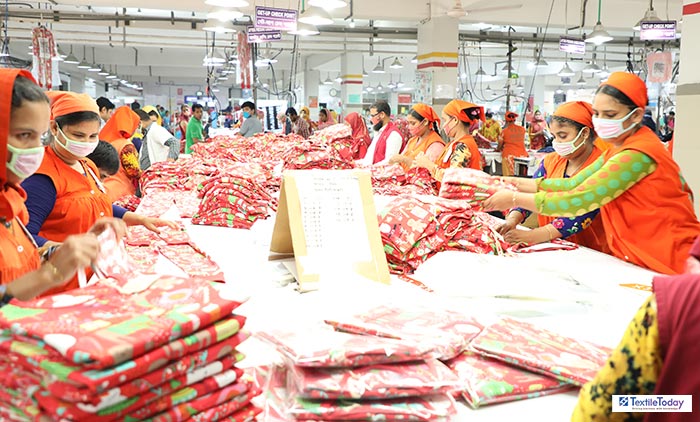 Bangladeshi garment manufacturers are seeing a rise in export orders with international buyers renewing the cancelled deals and placing new orders as the consumer markets in Europe and the US are gradually reopening, sector insiders said.

Bangladesh Garment Manufacturers and Exporters Association (BGMEA) said 80 per cent of the cancelled export orders have already been returned by the international buyers.

The buyers from the EU and US have started to negotiate with the manufacturers and most of them have renewed their previous orders and some buyers placed new purchase orders.

However, even if the cancelled purchase orders were returned, many buyers are not fulfilling the conditions for payment. In many cases, payment will take as long as six months or a year. Also, some buyers are forcing to get discounts to cope with the losses caused by the coronavirus pandemic.

BGMEA President Rubana Huq said though 80 per cent of the export orders have been returned, payment is being delayed for 150 to 180 days or even a year.

“Some buyers will take the goods next year even if they are renewing the suspended export orders now. What do we have to do in this situation? At least we were able to come out of the cancellation of the purchase orders,” she said.

International buyers started cancelling their orders from Bangladesh since the end of February due to the growing coronavirus impact in Europe and the US.

More than three hundred buyers suspended export orders worth about $3.15 billion. Export orders were suspended citing the terms of the agreement in the event of a global epidemic. At the same time, some buyers demanded a discount of 30 to 40 per cent citing a fall in consumer demand and other adversities created by the global pandemic.

In this situation, it became difficult for many garment factories to pay the salaries and allowances to the workers. To handle the situation, the government announced a stimulus worth Tk 50 billion for exporters at two per cent interest.

In mid-March, BGMEA sent letters to the world's top 41 brands, requesting them not to suspend or cancel orders. The letter also assured the brands that the exporters will accept late payment from the buyers considering the situation.

DBL Group is one of the largest apparel exporters in Bangladesh. The company produces apparel items for several large brands including H&M, Walmart, G-Star, Zara and Puma.

All the buyers except for two stopped taking the finished goods after the crisis hit the US and Europe.

“However, 97 per cent of them have returned in the last one and a half months,” DBL Group Vice Chairman MA Rahim Firoz said.

Talking to at least eight apparel exporters, it was learned that their export orders were suspended but most of those were returned later.

However, Fazle Shamim Ehsan, director of the Fatullah Group in Narayanganj and director of BKMEA, said his suspended export orders had not yet been returned.

Research Director of the Center for Policy Dialogue (CPD) Dr Khandaker Golam Moazzem told the Daily Sun that Bangladesh is slowly moving towards a better position in terms of exports.

He said that the export figures from June indicate such progress. Bangladeshi RMG exporters are also likely to get a higher volume of export orders ahead of Christmas, which is a key shopping season in the Western world.