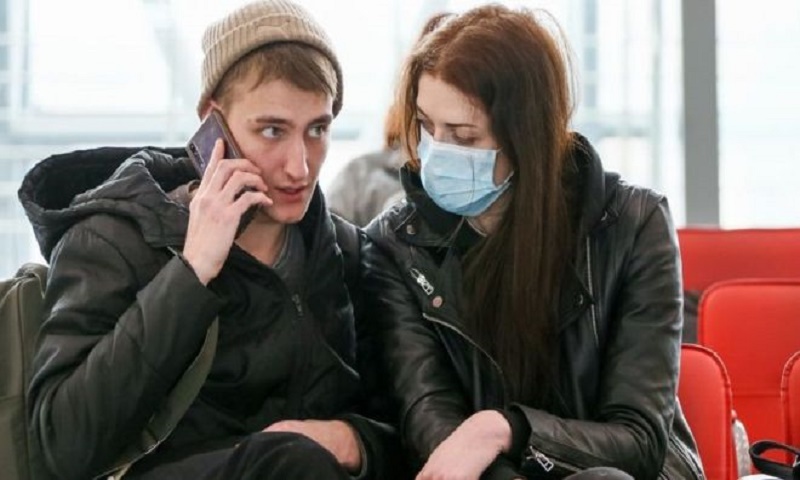 After much squabbling, Monica* took a drastic decision.

Her husband Eduardo had repeatedly refused to wear a face mask as the Covid-19 pandemic grew in Brazil - the country with the second-highest number of coronavirus deaths, behind only the US.

So she decided to leave the family apartment in Niteroi (a city of 480,000 people near Rio de Janeiro), and move to her parents' house with their seven-year-old son.

"I am asthmatic and that makes me particularly vulnerable to the coronavirus. But my husband thought I was being paranoid," she tells the BBC.

"His reasoning was that he didn't need a mask because when he left home he didn't go to enclosed spaces.

"He wasn't thinking that he was putting me and our son at a higher risk."

More men die of Covid-19... but more of them refuse to wear masks

Monica and Eduardo's story lays bare a gender divide that has been widely observed during the pandemic.

Studies have found that men are more reluctant than women to wear personal protective equipment and face covers - a trend also seen in previous epidemics.

That's despite the fact that Covid-19 has infected more than 13.8 million people and killed more than 590,000 according to the widely-used Johns Hopkins University database. And in the vast majority of countries where data is available, death rates are notably higher among men.

The scientific advice has been shifting in favour of masks as evidence emerges that the coronavirus is airborne - and may spread via tiny particles suspended in the air as well as larger droplets from coughs or sneezes.

The World Health Organization (WHO), which initially suggested they weren't useful in stopping the spread of the virus, now recommends face coverings in indoor spaces and when social distancing is not possible.

And in a number of countries, masks are now mandatory in shops and on public transport.

So, if masks can help fight the coronavirus, why is it that men are less prone to wear them?

One of the most recent analyses of male behaviour was carried out by Valerio Capraro, a senior lecturer in Economics at Middlesex University, and Canadian mathematician Hélène Barcelo, from the Mathematical Science Research Institute, Berkeley.

The academics surveyed nearly 2,500 people in the US and found that men were not only less inclined to wear face masks than women. They also considered that donning a mask was "shameful, not cool and a sign of weakness".

"This happened particularly in counties where face covering is not mandatory," Dr Capraro explains.

Participants were asked about their intentions to wear one while engaging in social activities or meeting people from other households.

Women were almost twice as likely as men to say they intended "to wear a mask outside their home".

"Men are less inclined to wear a face covering, and one of the main reasons is that they are more likely to believe that they will be relatively unaffected by the disease compared to women," adds the scientist.

Other studies have consistently shown that men are also less compliant towards hand-washing, one of the basic hygiene measures to help prevent the spread of Covid-19 - with one recent poll finding that 65% of women but only 52% of men say they are washing their hands regularly.

In the US, political affiliations have also strongly influenced how some men and women are behaving during the pandemic.

Supporters of President Donald Trump's Republican Party are less likely than Democratic Party supporters to wear masks, according to a number of surveys. One released by the Pew Research Center on 25 June had 76% of Democrat voters declaring they wear a mask "all or most of the time in stores and other businesses" against 53% of Republicans.

But even in that context, gender seems to be a stronger factor when it comes to defining behaviours: the Kaiser Family Foundation, a US NGO focused on public health issues, found in May that 68% of Republican-supporting women frequently wore a mask outside the home.

The men? Only 49% said they put one on when going out.

Christina Gravert, a behavioural scientist and assistant professor at the University of Copenhagen, isn't shocked by the gender divide in mask-wearing.

She cites a large body of academic work showing that men and women seem to approach risk differently.

Dr Gravert says a simple observation in the Danish capital gave her a strong impression that women were being more mindful.

"Walking trails in Copenhagen were turned into one-way streets (during the pandemic) so people would not face each other when running or walking.

"It was my impression that more men than women went the wrong way."

The same divide has also been observed during previous epidemics.

For example, a study of commuter behaviour in Mexico City during the 2009 swine flu outbreak - which killed almost 400 people - showed that a higher proportion of women than men were seen wearing face masks on the metro system.

Even in Asian countries where wearing face masks is a long-established and widely observed social norm, the split persists. A study of public attitudes during the 2002-03 Sars outbreak in Hong Kong found that women were much more likely to take precautions that included hand-washing and masks.

Or are men more careless?

Alongside the academic work, real life also seems to provide evidence that men are less careful.

Car insurance providers have historically charged women lower premiums, because men are behind most road traffic accidents worldwide - although there is the caveat that the world has more male than female drivers.

Another curious example is the infamous Darwin Award, which highlights the most absurd (and avoidable) deaths. Data from 1995 to 2014 showed that men made up almost 90% of the "winners".

Even London-based researcher Valerio Capraro admits he has been lax about wearing a face mask.

"I only started wearing one a few months ago when I went on a trip to Italy, where the use of face masks is compulsory in a series of situations," he says.

"I was very careful and practised social distance. That helped me justify to myself why I wasn't wearing a mask."

"Studies have shown that the gender difference almost disappears in places where wearing face coverings is mandatory."

"If overconfidence is the problem, then it could help to make men aware of the statistics, and show them that they suffer more from Covid than women," she says.

"If we take it seriously that men on average are less altruistic and more selfish, then communication should focus less on protecting others and more on protecting oneself," says Dr Gravert.

But there is also evidence that peer pressure may work - as the story of Eduardo and Monica, the couple divided by a face mask, shows.

After reading her husband the riot act, Monica saw a sea change. And a happy ending: Eduardo has been wearing a face mask for some time now.

"I still think my husband believes a healthy guy like him will not get sick," she admits.

"But he is pretty conscious now that his good actions will protect his family."