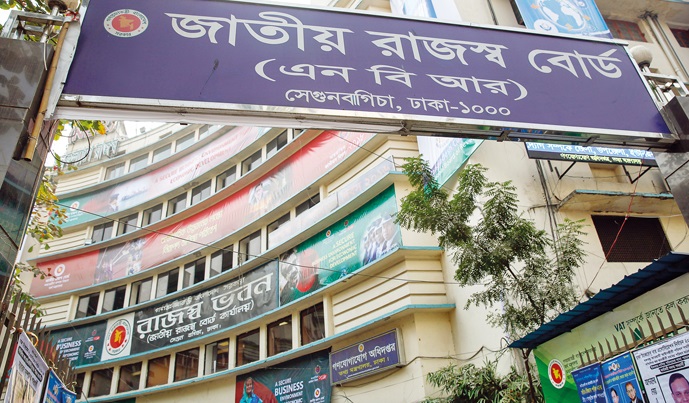 The government bank borrowing marked a sharp rise in the just-concluded 2019-20 fiscal year to meet the budget deficit in the wake of huge revenue loss due to Covid-19.

In the year, the borrowing stood at a record of Tk722.46 billion from the banking system, which was 109 percent higher than Tk345.87 bank loans that the government took in FY’19, official figures suggest.

The government overshot its original bank borrowing target of Tk473.64 billion by a big margin, but was able to keep the final figures below the revised target of Tk824.21 billion.

Besides, a slump in revenues and sluggish sale of government savings certificates are another reasons for the high borrowing from the banking system.

In 2017-18 fiscal year, the bank loans were much lower at Tk117.31 billion when the government saw a blistering sale of the savings instruments.

After a slowing trend in revenues due to Coronavirus, the government slashed its annual revenue target to Tk3,005 billion from the originally planned Tk3,256 billion.

Despite that, the revenue earning by the National Board of Revenue (NBR) finally nosedived to Tk2,150 billion in FY’20, which was Tk855 billion lower than the revised target.

Businesses, industrial production, export and import fell drastically after more than two-month-long countrywide shutdown was enforced from late March to May to avoid the spread of the deadly novel virus.

For the current 2020-21 fiscal year, bank borrowing target has been set higher at Tk849.80 billion for budget deficit financing with a prediction of slow revenues this year as well.

The government had been able to keep bank loans low in recent years supported by the high sale of savings certificates because of lucrative interest rates paid on them.

But their sales dropped in FY’20 after the government tightened grip on the sales putting in place stringent conditions like making compulsory submission of NID cards and TIN numbers.

In FY’20, there was a target in the original budget to borrow Tk270 billion from savings certificate sales, but the target was later cut to only Tk119.24 billion after a slump in sales.

Department of National Savings data suggest that the total sale of savings instrument was Tk105.81 billion in the first eight months of FY’20 till April.

A major objective of bridling high sale of public borrowing instruments was to lower the government interest payment burden.

The rate of interest paid on these tools ranges from 11.04 to 11.76 percent while the government can take credit from banks at 6 to 8 percent interest.

Because of high savings certificate sale in recent past, the government now has to pay Tk24 billion on average per month.

The government total loans from the instruments are now Tk2982.87 billion, according to an official data.