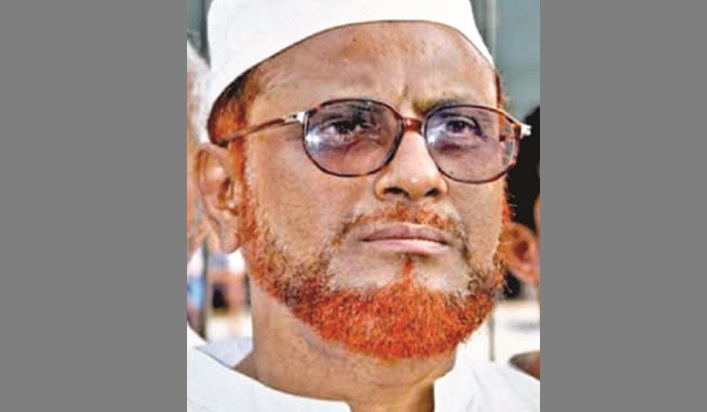 Jamaat leader ATM Azharul Islam, who has been condemned to death in a case for committing wartime crimes, is likely to file a review petition with the Appellate Division of the Supreme Court on Sunday.

Azhar, now 67, was the commander of notorious Al-Badr force and president of Chhatra Sangha, the then student wing of anti-liberation party Jamaat. He was involved in mass killing, looting, arson attack and other crimes against humanity in Rangpur during the country’s liberation war in 1971.

Azharul Islam, who is at Kashimpur Jail-2 in Gazipur, prepared a 23-page review petition based on 14 grounds praying for reconsideration of death sentence.

Shishir Manir, a counsel for ATM Azharul, said his client will file the review petition on Sunday if the SC administration releases the certified copy of the verdict.

Azhar along with activists of Jamaat’s former student wing Chhatra Sangha and the occupation Pakistan army attacked villages around Jharhuar Beel on April 17, 1971.

They torched and looted houses and killed over 1,200 Hindus. Another 200 Hindus were killed at an undisclosed location. The incident is said to be the single biggest act of genocide during the war in which Bangalee freedom fighters routed the Pakistani army and its collaborators.

Jamaat leader Ghulam Azam and BNP leader Abdul Alim filed appeals with the SC challenging the lower court verdict. But the appeals were not proceeded with due to their death.

Besides, the SC upheld the capital punishment for ATM Azharul on October 31 last year and ex-Jatiya Party minister Syed Mohammed Kaiser on January 14.