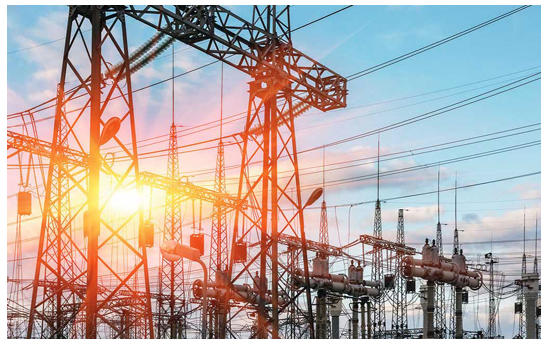 Forty-eight power plants with a combined generation capacity of 16,875 megawatts (MW) were under construction.

“All the under construction power plants will commence in phases as the government’s commitment to ensure uninterrupted and quality power supply in the Mujib Centenary, together with “Sheikh Hasina’s commitment to extend electricity to all households”, State Minister for Power, Energy and Mineral Resources Nasrul Hamid, MP, told journalists.

“We have also taken up plans to construct 16 more power plants with a generation capacity of 19,100 MW in the near future,” the state minister said.

He said the development programmes are being implemented in a planned way as per the master plan, adding, “Fuel mix, production, transmission and distribution systems have been further streamlined.”

Nasrul said the power division has been working on uninterrupted, reliable and quality power at reasonable and affordable prices, with emphasis on efficiency and transparency.

According to the power ministry, the government has undertaken short, medium and long-term plans to ensure energy security in the country.

It said with sincere efforts power generation capacity of the country has reached to 23,436 MW and 97 percent people are accessing electricity now.

The state minister also said plans have been made to construct Liquefied Natural Gas (LNG)-based power plants at the island.

Meanwhile, work is progressing fast for construction of 2,400 MW Nuclear Power Plant at Ruppur in Pabna.

The government has been implementing a number of mega projects including Rampal having 1,320 MW, Matarbari with 1,200 MW and Payra with a generation capacity of 1,320 MW in the sector, as Payra, Maheskhali and Matarbari are power hubs.

As part of the mega plan to generate 60,000 MW by 2041, the government has already been able to enhance power generation capacity to 24,000 MW including captive and renewable energy.

“We are laying emphasis on solar energy-based electricity aimed at enhancing contribution of renewable energy to 10 percent of total generation. We have so far been able to generate 630.96 MW of power from renewable energy,” Nasrul Hamid.

In addition, power has been provided to people living in off-grid areas through 58 lakh solar home systems, he said.

According to the power ministry, the total transmission line has now expanded to 11,119 circuit kilometers and 5,60,000 kilometres distribution line.