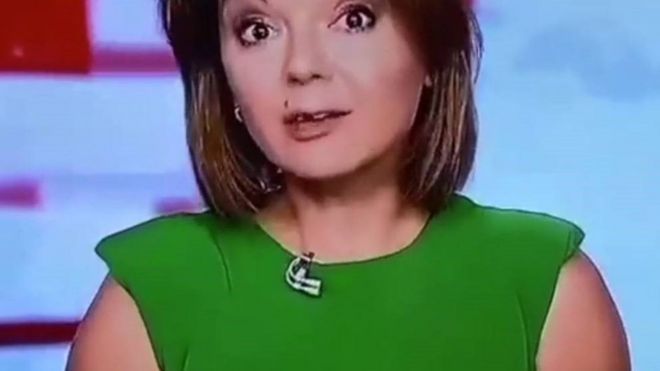 Live TV can throw up all sorts of potential hurdles - technical glitches, unpredictable guests and knowing that there is no take two.

But Marichka Padalko, a news anchor on Ukraine, faced an usual problem this week when part of her front tooth fell out.

However, like a true professional, she simply put the tooth in her hand and continued.

"Honestly, I thought the incident would go unnoticed," she wrote on Instagram.
"But we underestimated the attention of our viewers," she added, under a video of her losing the tooth.

Ms Padalko revealed that she required a tooth repair around a decade ago after her daughter smashed it accidentally while swinging a metal alarm clock.

Despite the network initially not posting the video to YouTube, Ms Padalko said she had been impressed by the amount of support she received.

"In any situation, keep calm," she added.