They blame each other for their misdeeds 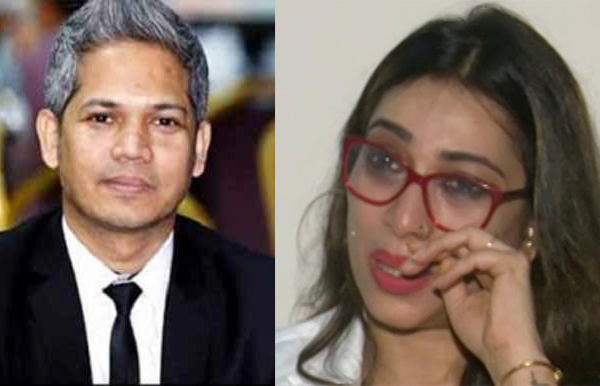 “During their interrogation, they blamed each other for their fraudulence in corona test reports,” Md Abdul Baten, Additional Commissioner (DB) of Dhaka Metropolitan Police (DMP), told journalists on Thursday.

Arif and Sabrina admitted to providing fake corona test reports but did not say how much money they have embezzled, he said.

The amount of money embezzled is being investigated. Sabrina's three-day remand will end on Thursday. If necessary, Sabrina will be remanded again for interrogation, he also said.

During the initial investigation, it was known that JKG swindled huge amount of money through its telemedicine services. Further investigation will unearth where the money has gone, he added.

He also said: “Arif and Sabrina told us that JKG is a sister concern of the Oval Group. But they could not show any valid documents in this regard.”

During the interrogation, Sabrina got angry with Arif when she saw him at the DB office. She said her sufferings are caused by Arif.

Sabrina also denied her involvement in the corona test scam. She said she divorced Arif due to his activities and personal harassment, the police officer said.

Arif claimed that he got involved in the misdeeds because of Sabrina while Sabrina divulged information that many other staffs of the JKG and Oval Group were involved in the fraudulence, sources said.

On June 23, Tejgaon police arrested six people, including Ariful Chowdhury on charges of providing false corona test reports and charging money for the test violating the an agreement with the health directorate.

JKG chairman Sabrina was arrested on the same charge on 12 July.