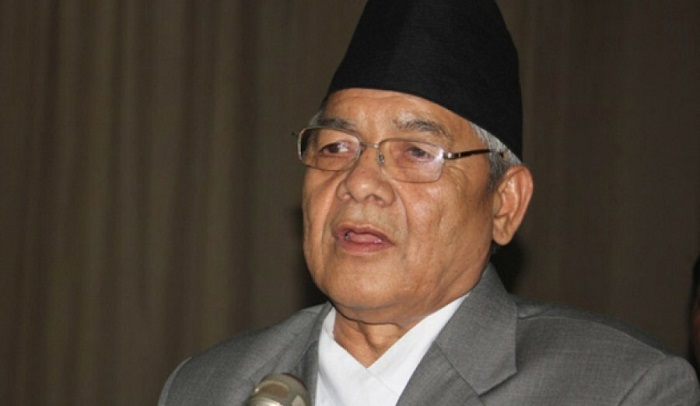 Several political leaders of the ruling Nepal Communist Party (NCP) slammed Prime Minister KP Sharma Oli for his comments where he claimed the “real Ayodhya” is in Nepal and Lord Ram is a Nepali. The ruling party leaders also asked him to issue an apology.

Taking to Facebook, Bamdev Gautam, deputy chair of the NCP said that he had discussed with Oli on Ayodhya and Lord Rama about two years ago. He further said that he had warned Oli against issuing any statements on the matter without substantiate proof.

“Each person follows a different religion. No one should try to attack their emotions by targetting their religious beliefs. Similarly, no country or community or person should use religious scriptures for the fulfillment of their vested interest. In this pretext, we communists want to remain secular,” Gautam wrote.

“As the Prime Minister’s statement over the birthplace of Lord Rama has invited both national and international controversy, I urge the Prime Minister to issue an apology. I also request him to form a team comprising historians to study the matter,” he added.

Narayankaji Shrestha, NCP spokesperson, took to Twitter saying, “Let us not insult and devalue Nepal’s political parties and leaders. Let us abandon the tendency to say and propagate anything based on short-term interests, without looking at the facts, without critical consciousness. It does not benefit the nation and society. What are we teaching our new generation? Let us be patriotic and use discretion.”

Earlier in the day, Nepal’s Foreign Minister issued a statement of clarification over the issue.

On Monday, Oli said, “Although real Ayodhya lies at Thori, a city in the west of Birgunj, India has claimed that Lord Rama was born there. Due to these continuous claims even we have believed that deity Sita got married to Prince Rama of India. However, in reality, Ayodhya is a village lying west of Birgunj.”

He was speaking at an event organised at the Prime Minister’s residence in Kathmandu. Oli also blamed India for cultural encroachment by “creating a fake Ayodhya.”

“Balmiki Ashram is in Nepal and the holy place where King Dashrath had executed the rites to get the son is in Ridi. Dashrath’s son Ram was not an Indian and Ayodhya is also in Nepal,” he claimed.

In an attempt to save self from criticism, Oli questioned how Lord Rama could come to Janakpur to marry Sita when there was “no means” of communication. He further said that it to be impossible for Lord Rama to come to Janakpur from present Ayodhya that lies in India.

“Janakpur lies here and Ayodhya there and there is talk of marriage. There was neither telephone nor mobile then how could he know about Janakpur,” the Prime Minister said.