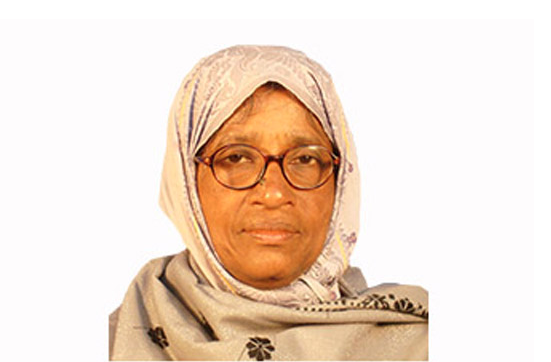 As the workers form the main wheel of industrial output, State Minister for Labour and Employment Begum Monnujan Sufian  urged factory owners to pay salaries and Eid bonus of their workers within July 25 next.

Reminding the owners of industrial units, she urged them not to terminate the workers, already under the jaw of coronavirus pandemic.

The state minister came up with the call while speaking at a meeting at Shrama Bhaban (Labour Building) in the capital, a ministry press release said.

Monnujan said labourers have been facing troubles more amid the ongoing coronavirus crisis.

She called upon the factory owners not to terminate workers aiming to keep the wheel of the country’s economy and production smooth.

About the government’s decision to end the golden handshake process for jute mill workers, the state minister said the government has taken this decision for the development of the country’s jute industry.

She said Prime Minister Sheikh Hasina, daughter of the Father of the Nation Bangabandhu Sheikh Mujibur Rahman, always sticks to the welfare of workers.

The primer has taken this decision considering the welfare of the jute mill workers and development of this industry, Monnujan added.

After that, the jute mills will run under PPP or joint venture or G2G or lease model under the control of government, she said, adding that the current workers, who have been laid off, will get job opportunities on priority basis.

Labour and Employment Secretary KM Abdus Salam and Inspector General of the Department of Inspection for Factories and Establishments Shib Nath Roy were, among others, present at the meeting.