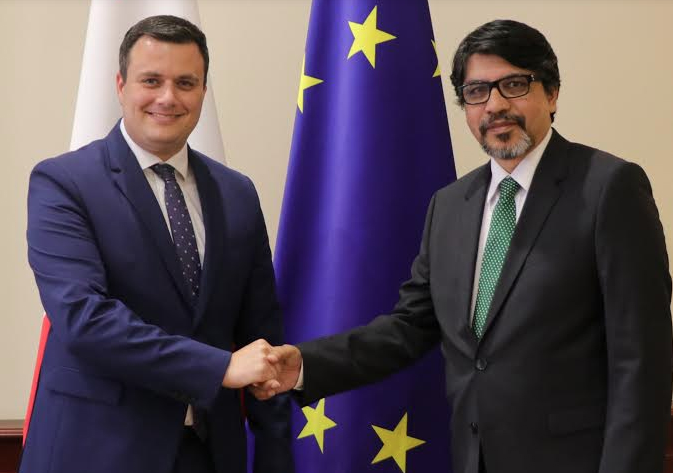 Malta has assured Bangladesh that it would give priority to Bangladeshi manpower in providing employment as well as easing visa procedure for them.

During the meeting, the Bangladesh envoy requested the Malta’s minister to ease visa procedure for the skilled, semi-skilled and professional Bangladeshi manpower.

They also discussed about various issues over migration management as well as different matters related to bilateral issues between Bangladesh and Malta.

Later, the Bangladesh ambassador met with Chief Executive Officer of Malta’s immigration affairs organization named ‘Identity Malta Agency’ Anton Sevasta and discussed about various issues over easing visa procedure for the Bangladeshi human resources who are intended to work in this Mediterranean nation.

During the meeting, the speaker recalled the invaluable role of Father of the Nation Bangabandhu Sheikh Mujibur Rahman in the global politics and lauded the current Bangladesh government’s success in socio-economic development.

He said there are still ample opportunities between Bangladesh and Malta in further increasing bilateral relations as well as cooperation between parliaments of both the nations.