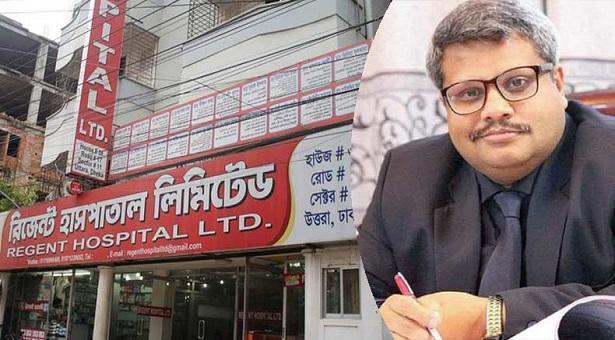 The investigation officer (IO) of the case lodged for issuing fake COVID-19 test certificates and realizing money from patients illegally in the name of coronavirus tests and treatment by Regent Hospital chairman Md Shahed alias Shahed Karim and his men, said a person’s life or death is meaningless to the accused.

“A person’s life or death doesn’t mean anything to Shahed. Though he poses as a gentleman and a person of clean image, in reality he is a cunning, greedy and cruel type of man,” IO and detective branch inspector (unarmed) SM Gaffarul Alam told the court.

The DB official in his plea for placing Shahed and his second-in-command and Regent Hospital managing director Md Masud Pervej on 10-day remand said they are the ringleaders of the fraud gang of this case.

“Shahed, with the assistance from his cronies, has realized crores of Taka through Covid-19 test and treatment forgery. If any patient could learn about his fraud and made any protest, Shahed used to issue threats to him,” the IO said.

After going through the police report and hearing arguments from both the prosecution and defence, Dhaka Metropolitan Magistrate Md Jasim placed Shahed and Pervej on 10-day remand each.