Traders yet to respond for carrying sacrificial animals by train 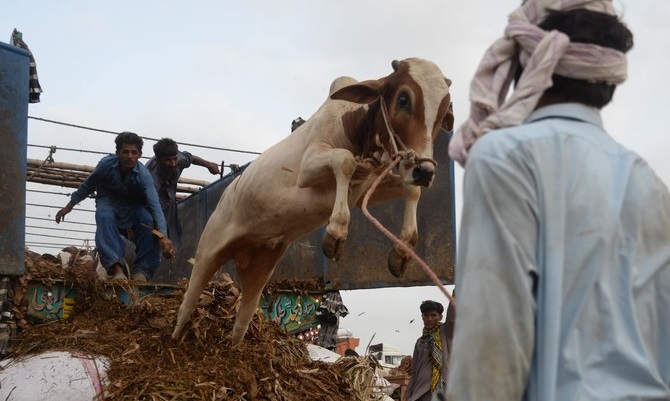 Bangladesh Railways is yet to get any response from the intended cattle traders to carry their sacrificial animals at the cheapest rate through its freight to different parts ahead of the Eid-ul-Azha.

Sources at the railways said that though only two weeks are left, cattle businesses are yet to place their demand before the authorities for availingthe service.

Railway Minister Nurul Islam Sujan told daily sun that they are ready to transport sacrificial animals ahead of the Eid as per the demand of cattle businessmen.

“The move has been taken to help businessmen and farm owners.But we are yet to get the demand note from them,” he said.

Noting that there is still some days left, the minister said they would be ready to operate special trains for sacrificial animals.

On July 7, the railway authorities decided to operate freight trains to carry cattle and other sacrificial animals ahead of Eid to assist cattle traders.

The BR has taken the move following the request of the fisheries and livestock ministry.

In this regard, authorities have been trying to convince cattle businessmen, local farm owners and divisional commissioners by holding series of meetings especially in northern parts of the country. Besides, fisheries and livestock ministry is also trying to campaign in favour of cattle transport through wagon.

Sources said that cattle transportto Dhaka will definitely be operated soon but there is confusion about transporting sacrificial animals to Chattogram.

After a long break after 2008, railway is going to resume transporting cattle that is why businessmen are yet to repose their trust in them.

General Manager of West Railway Mihir Kanti Guha said that necessary preparations have been taken with locomotives and 33 wagons to carry sacrificial animals.

“We have taken many initiatives including publicizing among the stakeholders through the media to attract cattle traders,” he said, adding that hopefully cattle traders would finally use the service as it is safer than any other mode of transport and transporting cattle is much cheaper in this mode than any other transport.

Sources said that carrying cost for per sacrificial animal will be Tk500-Tk700 including terminal and surcharge based on distance. Besides, the railway authority has fixed the carrying cost Tk20 per kilometer.

General Manager of East Railway Sardar Shahadat Ali said that discussion is going on with the authorities concerned but are yet to fix any date for starting freight trains.

“We have taken sufficient preparation to operate trains but ongoing flood of these areas will hamper the process,” he said, adding that they last carried cattle in 2008, bringing them from Jamalpur’s Dewanganj to Dhaka.