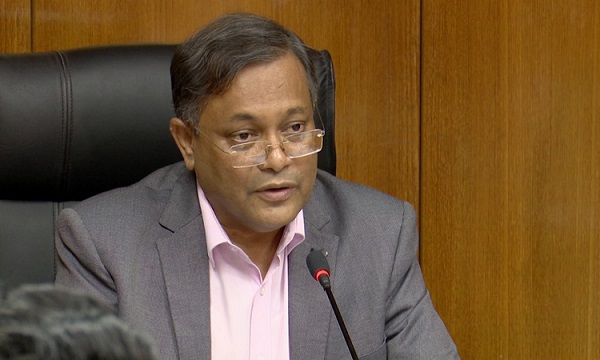 He made the remarks while exchanging views with reporters at the Secretariat.
Hasan, also the AL Joint general secretary, said the government unearthed the irregularities of Regent Group, while its managing director was arrested yesterday.

“In addition, many others were arrested to this end and cases were filed against them,” he said, adding that the law enforcement agencies arrested Shahed too, which proved that the continuous statements of BNP are absurd.

The information minister said Prime Minister Sheikh Hasina has taken a zero tolerance policy against corruption and irregularities. Action is being taken against the corrupt people irrespective of their political views, he added.

“And if Shahed’s patrons have to be caught, what will BNP say about those who patronised him from Hawa Bhaban and when Shahed talked to Tareq Rahman over Skype?” he questioned.

Hasan said if someone was involved in the wrongdoings of Shahed, action would be taken against him or her after investigation.

About the agitations against the health minister and the director general of the Director General of Health Services (DGHS), he said agitations could be staged against any person as it is a part of democratic practice.

If the DGHC was more conscious in signing deals with different hospitals, the information minister said, Regent Hospital or JKG would not get chance to work on COVID-19 sample test.

About the registration of online news portals, he said: “We have already completed some processes. We received 1,600 probe reports on online portals from one agency and about 100 reports from another.”

More probe reports will be received later this month and then the online portals registration will begin, Hasan said.

If rumours are spread through the online portals in the future, he said, immediate action will be taken against those from the beginning of the registration process.