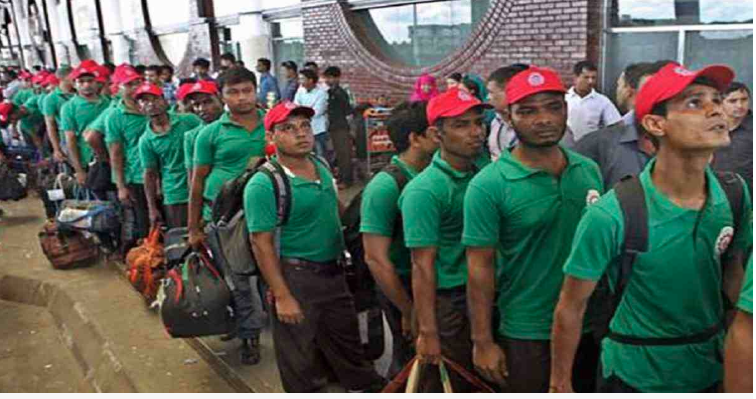 More than one lakh Bangladeshi workers are stranded due to coronavirus outbreak and waiting to leave the country, said Bangladesh Association of International Recruiting Agencies (Baira) on Wednesday.

Shamim Ahmed Chowdhury, Secretary General of Baira, came up with the remarks while attending a virtual discussion with journalists.

Of the workers, 95 percent are waiting to leave for Eastern countries and 85 percent for Saudi Arabia, said Shamim.

Among the one lakh migrant workers, some had visas and some secured tickets but they failed to depart due to the coronavirus outbreak, he said.

“Recruiting Agencies have spent Tk 16 crore for these workers' visas and tickets. We have sought government stimulus in this regard," he added.

More than 32,000 officials and staff of 1,600 recruiting agencies have been left jobless, he said adding that in current situation it has become hardly possible to bear their salaries and allowances.